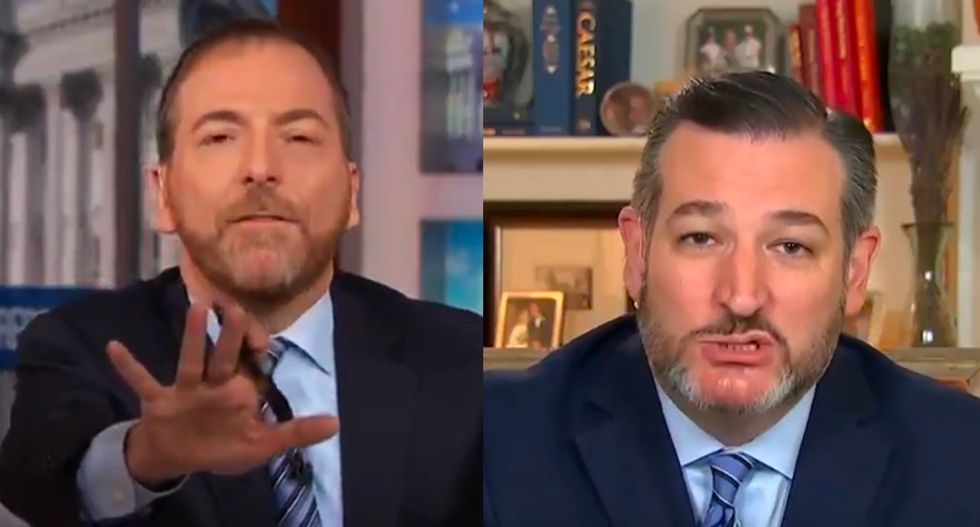 A "Meet the Press" interview with Sen. Ted Cruz (R-TX) went sideways on Sunday when host Chuck Todd reminded the Trump defender of all the smears the president launched against him when they were both vying for the 2016 GOP presidential nomination.

With Cruz attempting to defend Donald Trump's honor with regard to his Ukraine scandal, the incredulous Todd brought up Trump attacking Cruz's wife, accusing him of an extramarital affair and saying he may not have been born in the U.S. during the 2016 campaign.

“I appreciate you dragging up all that garbage, that’s very kind of you,” Cruz shot back.

“Is it not possible that this president is capable of creating a false narrative about somebody in order to help him politically?” Todd pressed

“Except that’s not what happened,” Cruz said, before accusing the press of playing “a game."

Cruz then cited an op-ed from a former Ukrainian ambassador as proof of their interference, to which Todd replied, “You’re saying a pick-pocket, which essentially is a Hill op-ed, compared to Bernie Madoff and Vladimir Putin. You are trying to make them both seem equal. I don’t understand that.”