The Army just quietly re-opened its infamous germ warfare lab that experiments with Ebola, plague and other deadly toxins 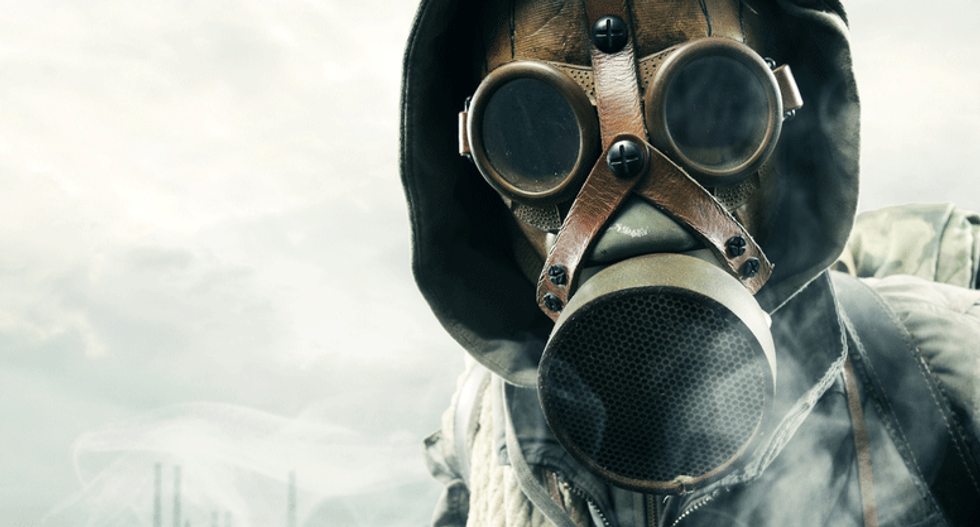 Research at a secretive Army germ warfare lab about 50 miles from Washington, D.C. that works with tularemia, which spreads more easily than anthrax, has been partially restarted after a federal inspection found two failures in containing unnamed germs or toxins.

No one was exposed to any germs or toxins at the U.S. Army Medical Research Institute of Infectious Diseases at Fort Detrick in Maryland, according to the institute commander. The institute, once the fiefdom of Sidney Gottlieb who conducted LSD mind-control experiments for the CIA, has a long history of safety lapses.

“Our concept is to start with a small group of people, secure approval for a limited number of studies, and then gradually expand,” said Col. E. Darrin Cox, the new commander of the institute.

The previous commander, Maj. Gen. Barbara Holcomb, who oversaw the lab when problems were found has retired.

The inspection also found the lab failed to implement safety procedures with lapses such as propping open a door while biohazard waste was removed.

In June, an inspection by the Centers for Disease Control and Prevention found leaks and mechanical problems with the lab’s new chemical system to decontaminate wastewater. The institute was also working with Ebola and the agents known to cause the plague and Venezuelan equine encephalitis when high-level research was voluntarily halted.

The lab will return to sterilizing with heat.

The inspection also found the lab systematically failed to implement safety procedures with lapses such as propping open a door while biohazard waste was removed.

Tularemia, known as rabbit fever, can cause life-threatening infections, and is a potential biowarfare agent. People can fall ill with the disease after inhaling just 10 to 50 particles of the bacteria, compared with 8,000 to 50,000 anthrax spores needed to cause that disease.

Bruce Ivins, a microbiologist who was suspected but never charged in the anthrax mailings in 2001 that killed five people, worked at the institute. He died in 2008, apparently by suicide. An investigation by ProPublica and other news organizations found problems with the anthrax investigation.

Other problems identified in the Fort Detrick inspection include not having a complete, accurate inventory of the agents the lab was working with. The inspection report obtained by The Frederick News-Post under a Freedom of Information Act request includes a large section that is redacted.

The institute has about 900 employees and does research for government agencies, universities and drug companies, which pay for the work. Scientists and other employees continued to work during the shutdown but couldn’t work with especially dangerous germs and toxins.

Fort Detrick was created in World War II and became the center for America's biological warfare efforts. But that role shifted in 1969, the government says, to focus solely on defense against the threat of biological weapons.

In 2009, research was suspended after the discovery that more than 9,200 vials, about one-eighth of its stock, wasn’t listed in the institute’s database.