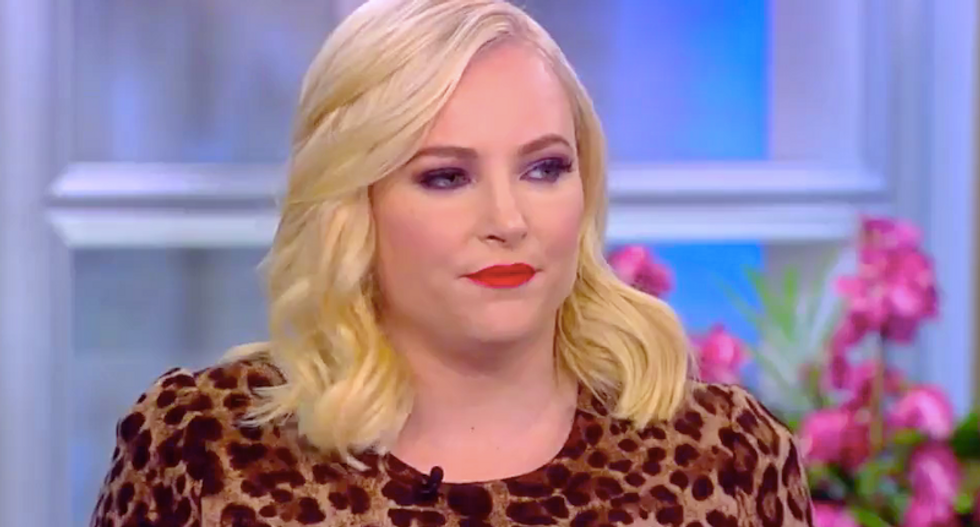 "The View" co-host Meghan McCain frequently cites politically themed T-shirts for sale online to take the public temperature about any given topic, but she didn't like that House Speaker Nancy Pelosi quickly started selling shirts based on her viral encounter with a conservative reporter.

The California Democrat unloaded on Sinclair Broadcasting reporter James Rosen, who asked if the impeachment process was based on her supposed hatred of President Donald Trump, and Pelosi capped off her scolding with the warning, "Don't mess with me."

"She did answer it masterfully," McCain said, "the problem is now she's selling T-shirts that say #don'tmesswithnancy. For $39, you can buy a T-shirt."

The other panelists seemed surprised and amused, and McCain -- who has taken shots at political figures through T-shirts, and so has her husband -- thought Pelosi's fundraiser was inappropriate.

Host Joy Behar pointed out that political merchandise was nothing new.

That set McCain off.

"You know what?" she said, as the audience continued cheering. "I'm just trying to make a point. I have never worn a MAGA hat, and I think you know better than anybody that I would never wear a MAGA hat, but I just -- politics doesn't have to be a meme and clicktivism."