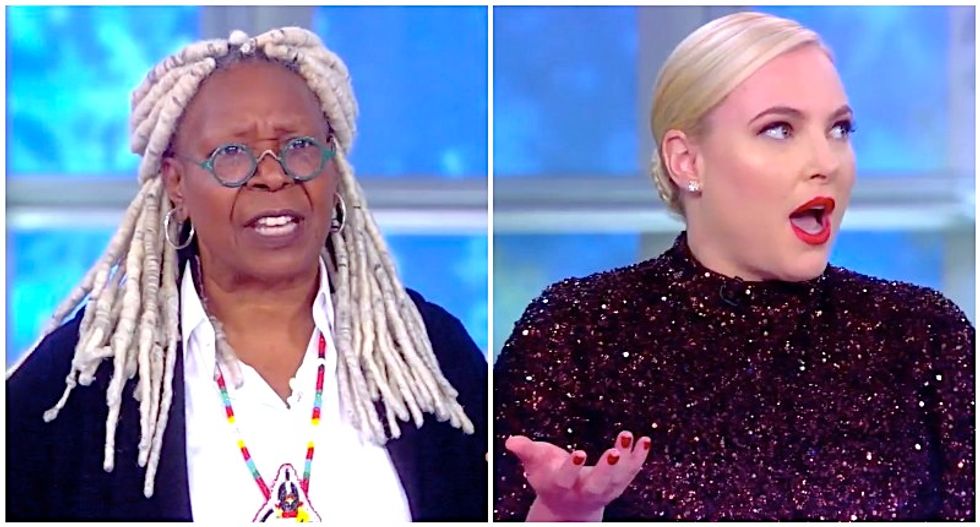 "The View" co-host Meghan McCain sulked after host Whoopi Goldberg asked her to give other panelists a chance to speak, and threatened to ignore her job duties in protest.

Co-host Sunny Hostin rebuked Republican senators for signaling they would not even consider the allegations against President Donald Trump in the impeachment trial, and McCain assumed she was being attacked.

"My job here is not to litigate the ethics of it," McCain said. "I'm an ABC political analyst along with being a 'View' co-host, and I'm here to tell you about the politics of it."

Hostin was caught off guard by her defensive rant.

McCain appeared to be irritated by the interruption.

"Let me finish, I let you talk," McCain said, as Hostin continued making her case."Do you want to hear a conservative perspective on the show ever?"

Host Whoopi Goldberg then stepped in and asked McCain to stop talking.

McCain seethed and threatened to sit out the rest of the episode.

"No problem, no problem," McCain said. "I won't talk for the rest of the show, no problem."

McCain continued talking back to the host.

"I'm not behaving like anything," she said. "I'm here to show conservative perspective, she won't let me talk."

Goldberg started to explain why she was aggravated, but decided to go to a commercial break instead.