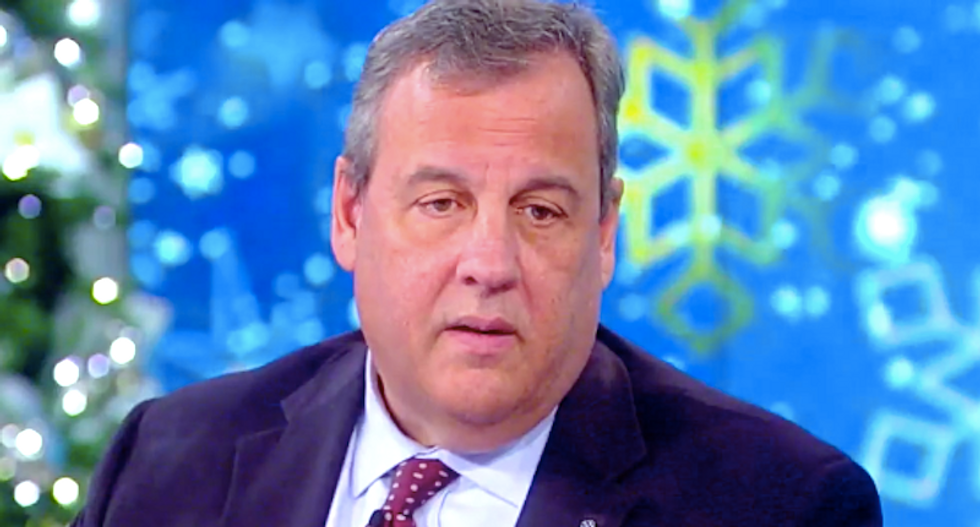 New Jersey governor-turned-ABC News contributor Chris Christie filled in as guest co-host on "The View," and the audience went wild when his impeachment defense was picked apart.

The former Republican governor insisted that impeachment was fizzling because Democrats had so far failed to attract bipartisan support, which he said ultimately doomed the impeachment of Bill Clinton.

"We're at the point now where it was bipartisan," Christie said, before becoming distracted by some backstage noise. "But with Clinton, it wasn't bipartisan, so it didn't work."

Host Joy Behar said the situation was different with Clinton than Trump.

The audience cheered her wisecrack, and co-host Sunny Hostin set to work on Christie's arguments.

"Isn't it also a constitutional process, though?" Hostin said. "In my thought, it's, you know, Congress is supposed to provide oversight. That's the oversight function, and that's why I don't understand folks are saying it should be bipartisan, and this has become partisan."

Christie tried to cut in, but Hostin laid out the evidence.

"I don't understand why the facts of this are partisan," she said. "I mean, who can't see that the president of the United States pressured a foreign government to dig up dirt on his political opponent to inure to his benefit to affect our very democracy, and calls himself a patriot. He's just a liar."

The audience cheered as Christie sat for a long moment in stunned silence.