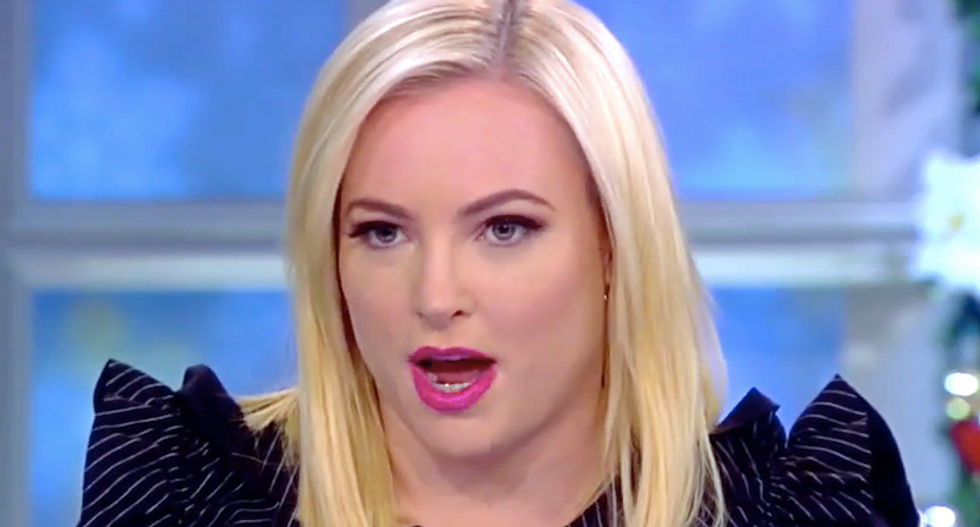 Meghan McCain argued that impeachment was too politically unpopular to pursue, and host Whoopi Goldberg set her straight.

The conservative "View" host wished Democrats would pursue a censure, which she insisted would draw Republican support, and then said Democrats had no plan for what they would do after voting to impeach in the House.

"I was talking to my friends last night who don't follow politics, and I envy their lives deeply, they were under the impression that being impeached today means he's out of office," McCain said. "I had to explain he goes to trial, and then he won't be able to run again, but the likelihood of it going to the Senate and passing through is almost nothing so, the politics of this, I don't know where Democrats lie given that every polling from -- whatever poll you read from, CNN on to the more conservative outlets show that the popularity is waning. I don't think Democrats know what happens next."

Goldberg told McCain she was missing the point of impeachment.

"I guess what I'm saying is, regardless of whether he goes or not, the fact that we are as Americans entitled to question the actions of this man sitting in office and their job, Congress, Senate, their job is to say, if (the whistleblower) is saying something wrong, then we should make sure there's not," she added.