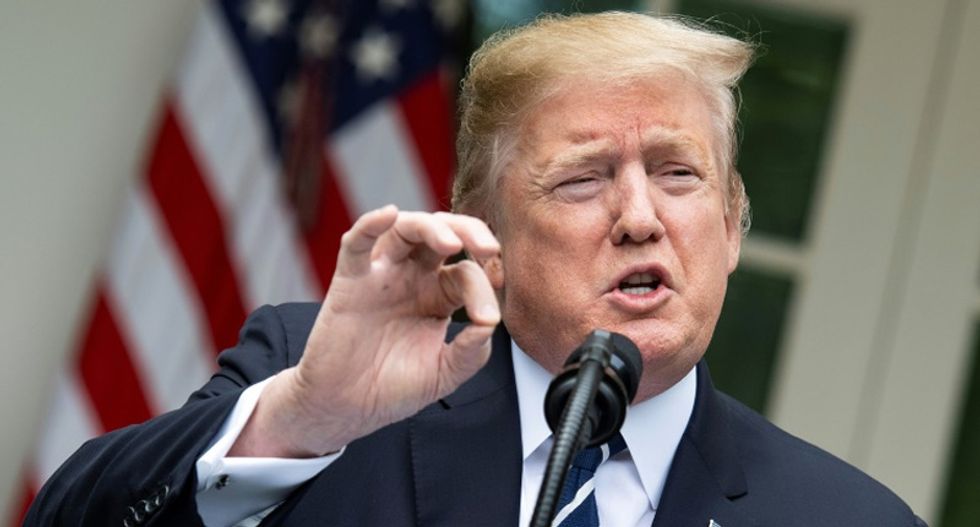 Donald Trump broke out of his Twitter hibernation on Saturday afternoon just before flying off to Florida for a pair of fundraisers, and used the opportunity to declare himself the "greatest of all presidents."

Attacking House Speaker Nancy Pelosi (D-CA) for not passing his signature trade bill, Trump then went after Democrats for trying to impeach him -- saying they were making a big mistake.

On Twitter, the president wrote: ""Hard to believe, but if Nancy Pelosi had put our great Trade Deal with Mexico and Canada, USMCA, up for a vote long ago, our economy would be even better. If she doesn’t move quickly, it will collapse!"

“Why re-elect Democrats when you know that this is what they are doing with their majority. Their case is not stron… https://t.co/XjbBeIy8yA
— Donald J. Trump (@Donald J. Trump)1575745819.0