Trump goes nuts after House unveils articles of impeachment: Adam Schiff will 'have to answer for this!' 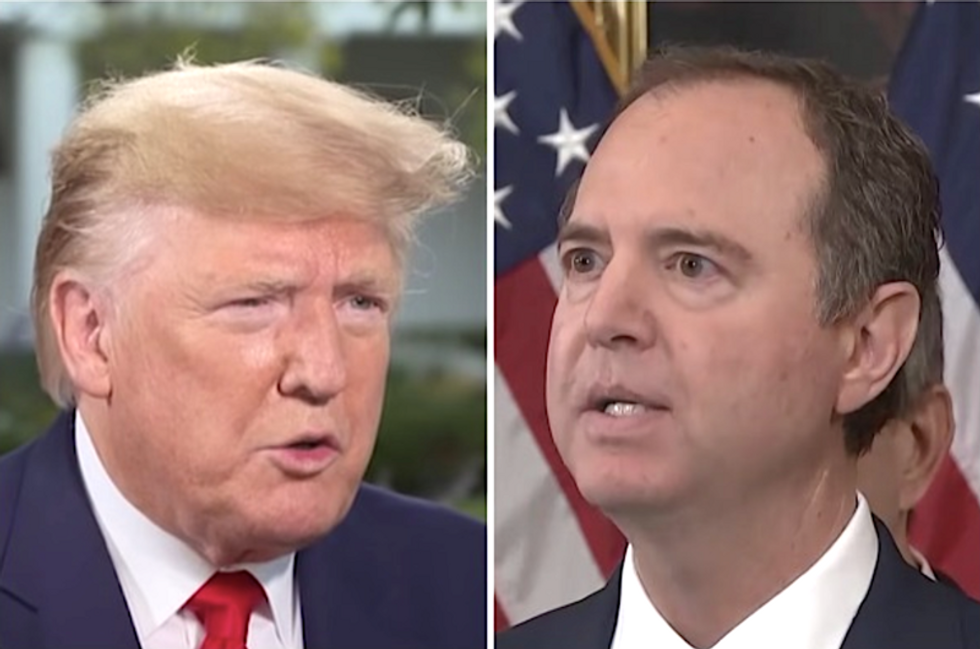 In the wake of Tuesday morning's press conference where House Democrats announced abuse of power and obstruction of Congress articles of impeachment against President Trump, the President took to Twitter to slam House Intelligence Committee Chairman Adam Schiff and other Democrats leading the impeachment effort against him.

"Shifty Schiff, a totally corrupt politician, made up a horrible and fraudulent statement, read it to Congress, and said those words came from me," Trump tweeted. "He got caught, was very embarrassed, yet nothing happened to him for committing this fraud. He’ll eventually have to answer for this!"

Shifty Schiff, a totally corrupt politician, made up a horrible and fraudulent statement, read it to Congress, and… https://t.co/IDW3kl2XQC
— Donald J. Trump (@Donald J. Trump) 1575990463.0

As usual the comment thread beneath Trump's tweet was filled with people who didn't exactly agree with his sentiment:

@realDonaldTrump Trump still thinks this is all about his phone conversations. What about holding back the money th… https://t.co/Y8gPPj7kGP
— Andrew Roslak (@Andrew Roslak) 1575990677.0

@MatthewJshow @realDonaldTrump I have a better question, when will devin nunes be investigated!
— Steven🇺🇸 (@Steven🇺🇸) 1575990686.0