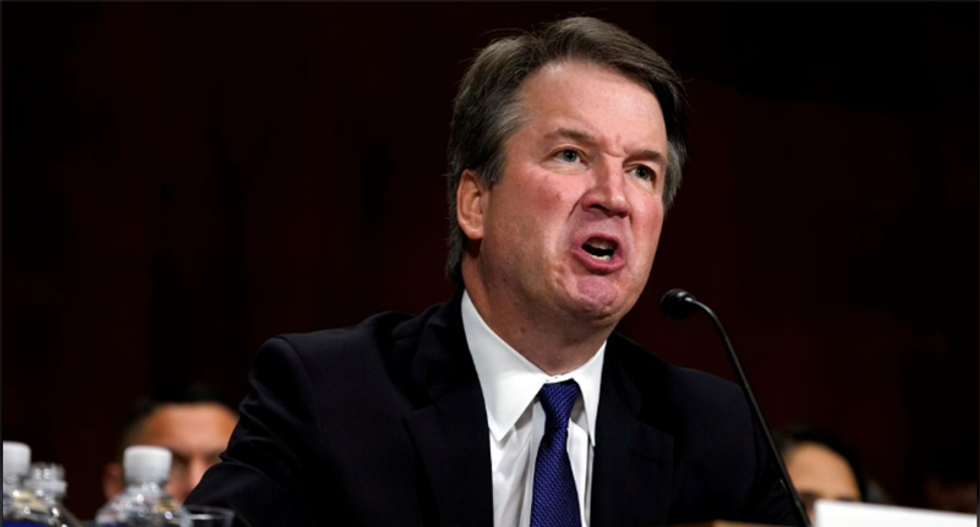 During the 2018 midterm elections, the number one issue that galvanized voters to throw out the GOP and give Democrats their first House majority in nearly a decade was health care. Republicans had spent the previous two years attempting to sabotage the Affordable Care Act, only to be met with a wave of fury in town halls and protests around the country — and Democrats seized on that outrage to offer an alternative vision and protect people's coverage.

Now, with the 2020 presidential elections around the corner, GOP-appointed federal judges are poised to wage war on Obamacare again — and according to Politico, Democrats are planning the same offensive strategy.

"I think it's an opportunity to reset with the new year to remind people that there's a very real threat to tens of millions of Americans," said Sen. Brian Schatz (D-HI) in an interview. "We Democrats are always striving to improve the system, but, at a minimum, the American people expect us to protect what they already have."

Already Democrats are racking up electoral victories to protect health care, winning key gubernatorial elections in Kentucky and Louisiana, where Democrats defeated candidates who have pledged to or already worked towards sabotaging the ACA.

The major threat to the ACA this time around comes from a lawsuit filed by Texas Attorney General Ken Paxton and several other right-wing state AGs. They contend that when Republicans repealed the individual mandate in 2017 as part of their tax cut bill, they made the entire law unconstitutional because the mandate is "unseverable" from the other provisions — even completely unrelated provisions like the Medicaid expansion, Medicare prescription drug coverage, and guaranteed family plan access until age 26.

Even conservative legal scholars who helped engineer previous cases against the ACA, like Case Western University law professor Jonathan Adler, have called this lawsuit ridiculous. But multiple GOP-appointed judges have accepted this argument, with Bush-appointed Texas district judge Reed O'Connor ruling in favor of the plaintiffs. A recent appeal to the Fifth Circuit, heard by a panel of three judges appointed by Jimmy Carter, George W. Bush, and Donald Trump, agreed with O'Connor that a $0 mandate was unconstitutional, but ordered O'Connor to reconsider whether the entire law was unseverable — which all but ensures the case will drag out past the 2020 election.