Trump says Giuliani shared 'not too much' evidence from Ukraine: 'He does this out of love, believe me' 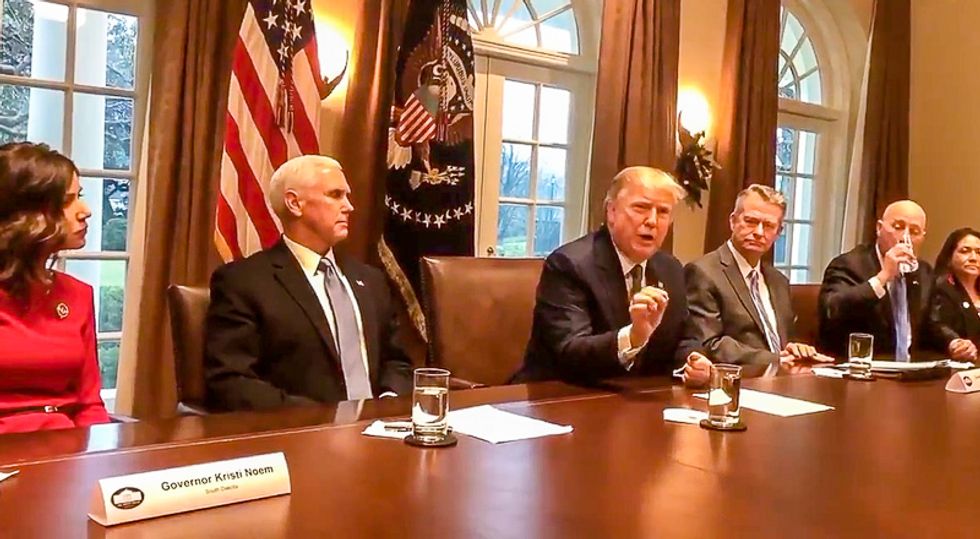 President Donald Trump revealed on Monday that Rudy Giuliani, his personal attorney, had shared "not too much" evidence that he gathered during a recent trip to Ukraine.

"But he's a very great crime fighter," Trump continued. "He was probably the greatest crime fighter over the last 50 years. Very smart. He was the best mayor in the history of the city of New York. He's a great person who loves our country."

"And he does this out of love," the president insisted. "Believe me. He does it out of love. He sees what goes on. He sees what's happening. He sees the hoax that happens when they talk about impeachment hoax or the Russian collusion delusion. And he sees it. And he's a great gentleman."