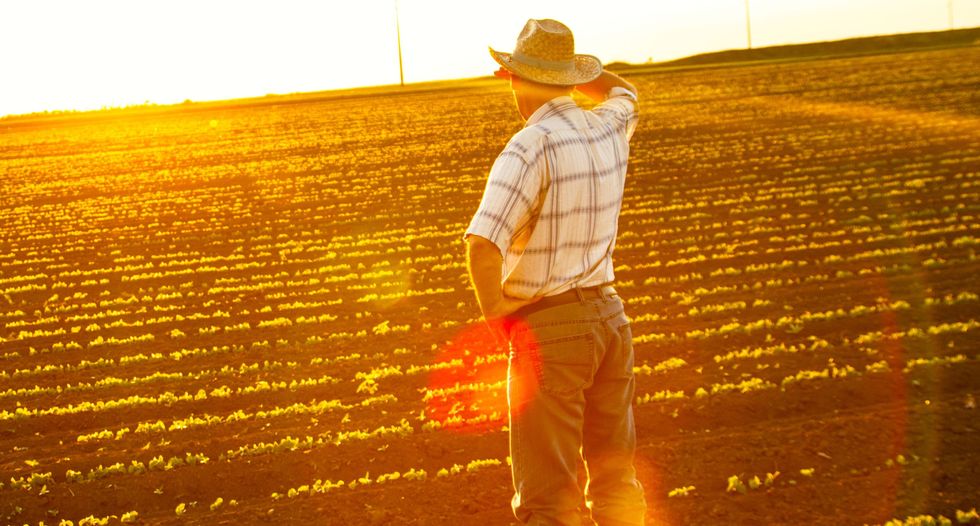 A new Washington Post story about the difficulties American farmers are facing under President Donald Trump's trade war reveals that some farmers have had to significantly reduce their food consumption to make up for plummeting incomes.

The story describes the struggles faced by Andy and Anne Lee, two dairy farmers who live in upstate New York who received a federal bailout check of $4,100 this year but who nevertheless recently applied for food stamps because they were still having trouble putting food on their table.

However, Lee so far has been unable to get her family's SNAP benefits approved despite the fact that her net farm income was -$12,979 last year. After getting turned down in her initial request for food stamps, Lee went to her local food pantry to pick up necessary groceries.

According to the Post, the Lees are not alone in finding difficulty in getting financial assistance buying food during a tough times for farmers.

"An estimated 197,000 farmers, farmworkers, fishermen and forestry workers use SNAP, according to a study by the Center on Budget and Policy Priorities, but farmers say they sometimes find it difficult to qualify because of complicated rules governing self-employment income," the Post explains. "And the Trump administration has long-term plans to tighten SNAP eligibility for many."

The Lees said they voted for Trump in 2016 because they believed he was right to call out America's trade imbalances. They still believe he has their best interests at heart, even though they acknowledge his trade war has harmed them.

“I know a lot of people don’t like it but, you know, this was going to have to happen in order to make U.S. products become more competitive,” Andy explained to the Post. “It’s going to hurt for a while.”