Trump-voting farmer pounds president on CNN over his 'back-stabbing' tariffs: 'He just left us out' 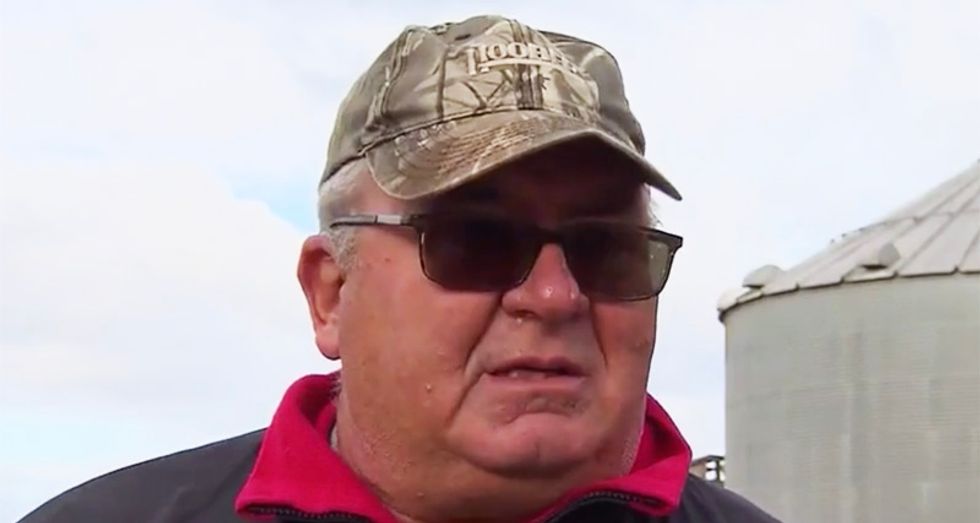 During a segment on how the tariffs imposed by Donald Trump are still impacting the nation's farmers, a Pennsylvania farmer who claims he voted for the president now states he and others are the victim of a "back-stabbing" and are struggling to survive.

In the clip, introduced by "New Day" host John Berman, correspondent Vanessa Yurkevich began, "Farmers have had a tough couple of years between bad weather and this trade war that has persisted. Nationally, farm bankruptcies are up 20 percent in just the last year and, here, dairy farms in Pennsylvania are dwindling. We spoke to some farmers who supported the president but say they're rethinking their vote for 2020."

"Just like everything else in agriculture right now, barely profitable," he replied.

With Yurkevich noting that Boyd is a "Republican, voted for President Trump but doesn't support the president's tactics with China," she asked, "How big of a hit has that loss of the China market been to you?"

"Cost the farmers here $2 a bushel," he replied, adding, "That's the profit."

According to Yurkevich, "Pennsylvania will be a key state in the 2020 election. It helped elect President Trump in 2016 who campaigned here on promises made to farmers like Boyd."

"I think he's sort of back-stabbing the main people who got him into office in the Midwest, all those midwest states helped to vote him in and also Pennsylvania," Boyd explained. "He just left us out."

Despite that, when asked if he would vote for Trump in 2020, Boyd conceded, "Unless they come up with a better alternative, I'm going to vote for him again."