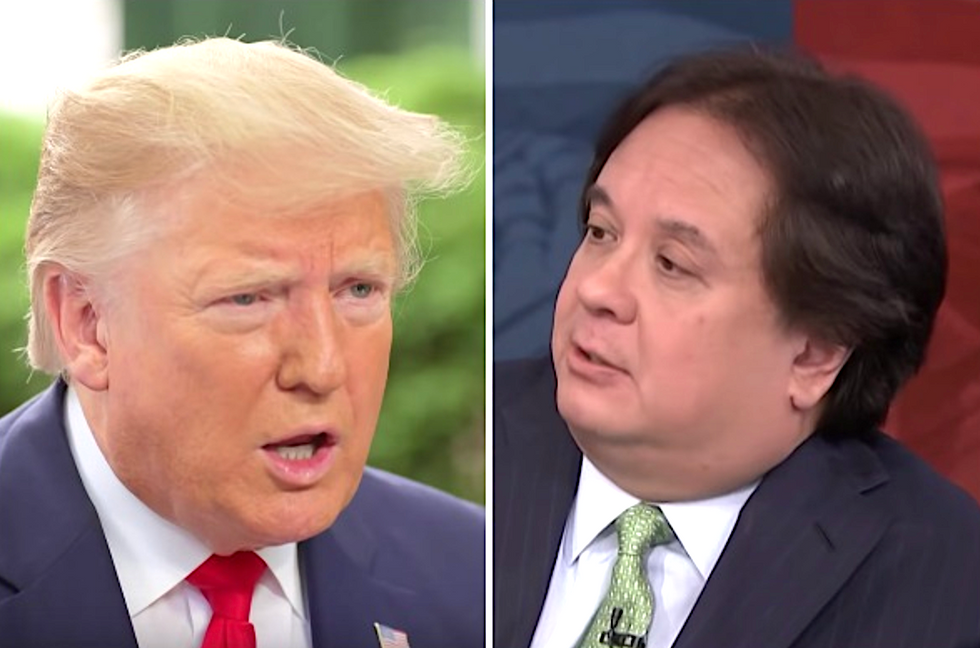 George Conway, husband of senior Trump adviser Kellyanne Conway, has been a known vocal critic of the Trump administration for a large portion of Donald Trump's presidency, and his anti-Trump Twitter rants were mostly ignored from within the White House. Now, his clear ideological conflict with his wife and her boss seems to finally be boiling over as a Trump official surprised observers by pushing back against his comments.

In a tweet this Wednesday, Trump's 2020 campaign manager took a shot at Conway for promoting an anti-Trump book.

"I remember how irrelevant you were when I met you, how far you have come with hate!" Brad Parscale tweeted. "Soon you will be irrelevant again, can’t wait!"

In a rather unprecedented move, Parscale even mentioned Kellyanne in his attack.

"I remember you sitting at @KellyannePolls table waiting for attention like a lost puppy," he wrote. "#JustSayin, I really thought you were her body man."

As CNBC reporter Christina Wilkie points out, what had been a mostly private annoyance within the Trump White House "just spilled over into a nasty public feud."

@christinawilkie What kind of salacious and scandalous speculation might this kick off? Asking for a friend.
— Jason Reineke (@Jason Reineke) 1575554337.0

Last month, Donald Trump Jr. and George Conway personally attacked each other on Twitter after Conway fired back at the eldest presidential son for disparaging witnesses that testified in the House's impeachment inquiry.