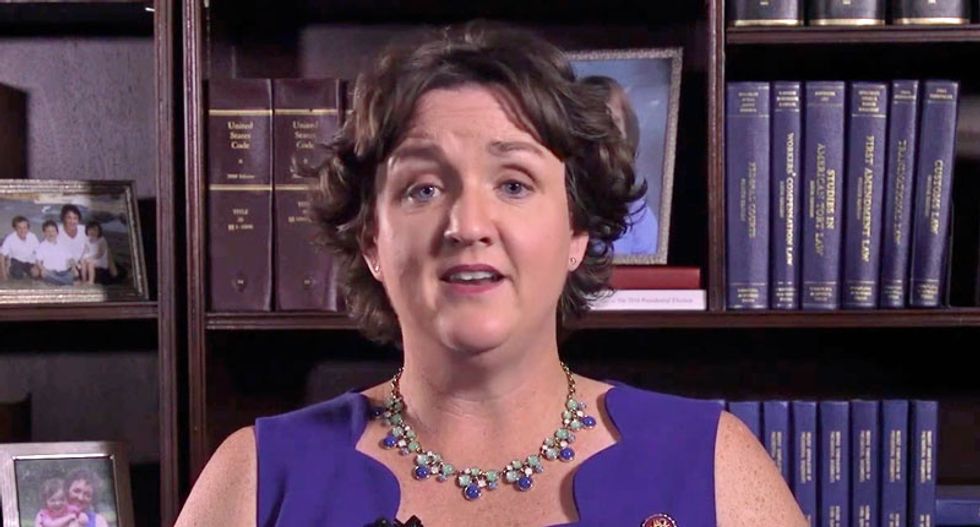 Democratic Reps. Katie Porter of California and Max Rose of New York introduced a clever plan this week that will expose whether Republicans’ criticisms of former Vice President Joe Biden in the Ukraine scandal reflect good faith — or if, as many assume, they are just a shameful distraction and a bluff.

The lawmakers announced a bill on Wednesday called the Transparency in Executive Branch Officials’ Finances Act. It has two key components:

What’s clever about the proposal is that it latches on to two important issues, creating a wedge for Republicans. As part of the GOP’s defense of President Donald Trump in the Ukraine scandal, Republicans have argued that the president’s patently corrupt efforts to get a foreign country to investigate Biden, a political rival, were legitimate because the former vice president’s son created a conflict of interest by taking part in business in Ukraine.

But it will in fact, presumably, cause some consternation among Republicans, because the Biden issue — while serious — is far from the most egregious example of this problem. Much more significant is the Trump family and their vast and complex business interests overseas, their domestic businesses still accepting foreign payments, and the presidents’ daughter and son-in-law’s conflicted roles as White House employees. The bill will also likely be a tough — or impossible — pill to swallow for Republicans because it would force Trump to release his tax returns. Even though he previously promised to release the returns, and then ludicrously claimed that an audit was preventing him from doing so, Republicans have given Trump cover for his deception and concealment on the issue.

So the bill nicely exposes the GOP’s blatant hypocrisy and opportunism in their defense of Trump. And if the president refuses to support the bill, as he almost certainly would, it only emphasizes further that his proclaimed concerns about the Bidens in Ukraine and the supposed “corruption” — a key defense against impeachment — were entirely bogus.

“This should not be a controversial statement: our government ought to be accountable to everyday Americans and not foreign special interests,” Porter said a statement. “Trust in government is earned, and top officials’ families having foreign business ties erodes that trust.”

“In order to regain the trust of the American people and root out corruption in Washington, we need real transparency and accountability,” Rose said. “The American people are sick and tired of seeing the family members of federal officials in both parties get rich from foreign business and connections. And while that’s not illegal, the American people have the right to know. This will bring much-needed sunlight to the D.C. swamp.”

On MSNBC on Wednesday, Rose put the focus on the Trump family, as Newsmax reported.

“Are you on the side of the intergenerational swamp that has allowed Ivanka Trump to continue to get trademarks from East Asia, that has allowed Don Jr. and Eric to globe-trot around the world engaged in secret business dealings?” he asked.

But Porter acknowledged the issue with the Bidens, saying it “wasn’t illegal, but I think the American people should have known about it going forward. I’d like to correct this problem.”