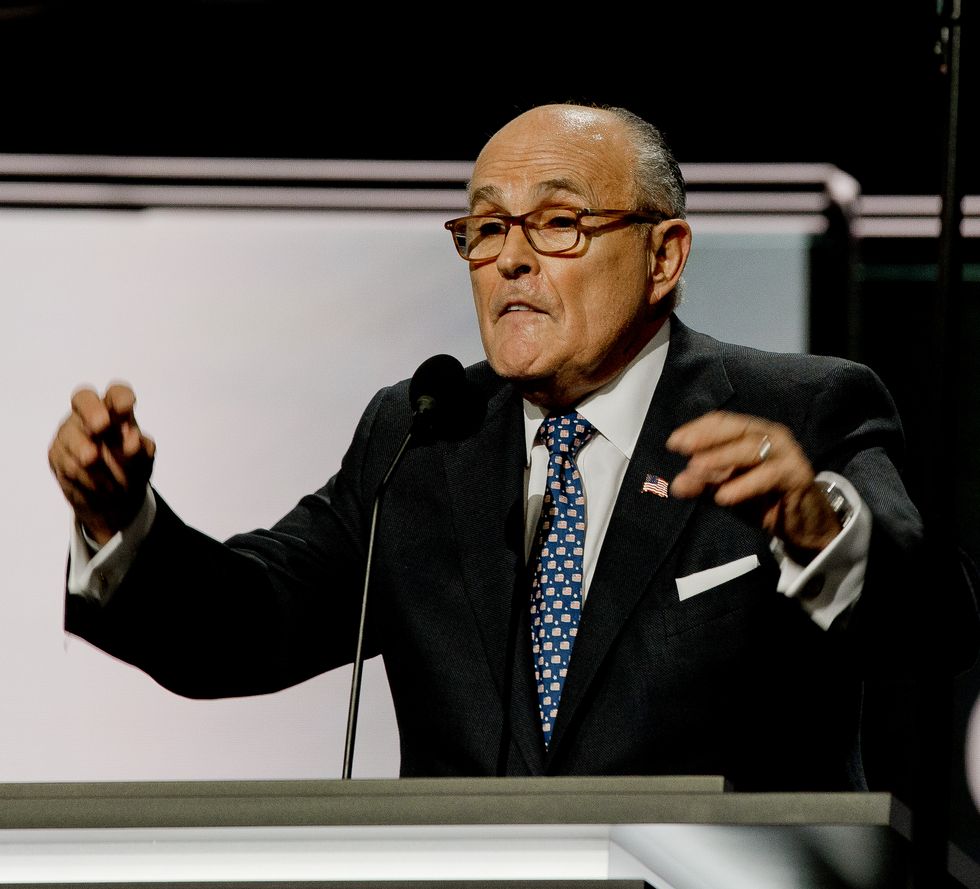 President Trump's personal lawyer, Rudy Giuliani, made a surprise visit to Ukraine's capital this week with his "shady band of conspiracy theorists," BuzzFeed News reports, and people are not happy about his arrival.

Giuliani's visit comes as Ukraine president Volodymyr Zelensky prepares to enter into peace talks with Russian president Vladimir Putin and as Ukrainians looks to distance themselves from the fact that their country is a key factor in the impeachment proceedings playing out in D.C. As BuzzFeed News points out, Giuliani is in the country to do research for a pro-Trump documentary that aims to "destroy" the Democrats' impeachment effort.

"Giuliani’s meddling in Kyiv is what helped lead to the impeachment inquiry in the first place — a host of witnesses have told investigators how they feared his “irregular channel” of diplomacy, focused on digging up dirt on the President Trump’s political rivals, could do lasting damage to the US–Ukraine relationship," BuzzFeed's Christopher Miller writes.

In addition to Ukrainian officials, the US embassy was also reportedly taken aback by Giuliani's visit. A US diplomat speaking to BuzzFeed News said Giuliani likely will not be meeting with the current top US diplomat in Kyiv, Bill Taylor, who recently testified in the House's impeachment hearings.

"Giuliani arrived in Kyiv at the same time that Philip Reeker, an acting assistant State Department secretary who testified in closed-door hearings for the impeachment inquiry," Miller reports. "Reeker was meeting with current Ukrainian officials as part of the State Department’s official channel 'to discuss Ukraine’s impressive progress on reforms, including of the Prosecutor General’s Office,' the embassy tweeted."