Unhinged Trump supporter yells about his .357 Magnum after reporter asks about impeachment 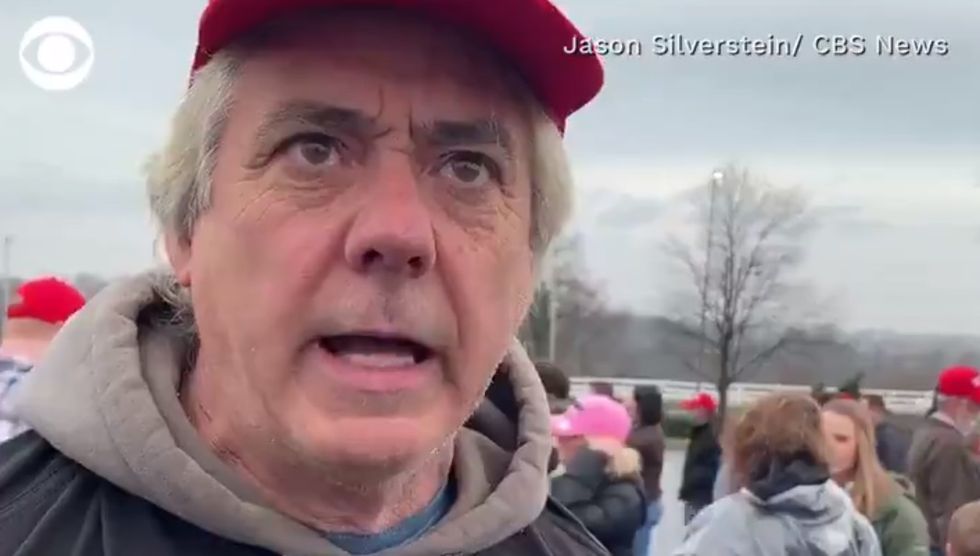 A Trump supporter was caught on camera this week yelling about the .357 Magnum he owned after a reporter asked him about the prospect of President Donald Trump being removed from office.

In an interview with CBS News, the unidentified Trump supporter insisted that the Senate would never convict the president even if the House voted to impeach him.

"Do you feel confident in that?" the reporter asked.

A CNN panel on Tuesday documented how former President Donald Trump has seemingly cast off whatever remaining moderating influences he once had in favor of embracing his most fringe supporters.

In particular, panelist Audie Cornish argued that the fact that Trump had anti-Semitic rapper Kanye West and Holocaust-denying podcaster Nick Fuentes over for dinner at Mar-a-Lago showed that things have gone even further off the rails in recent months.