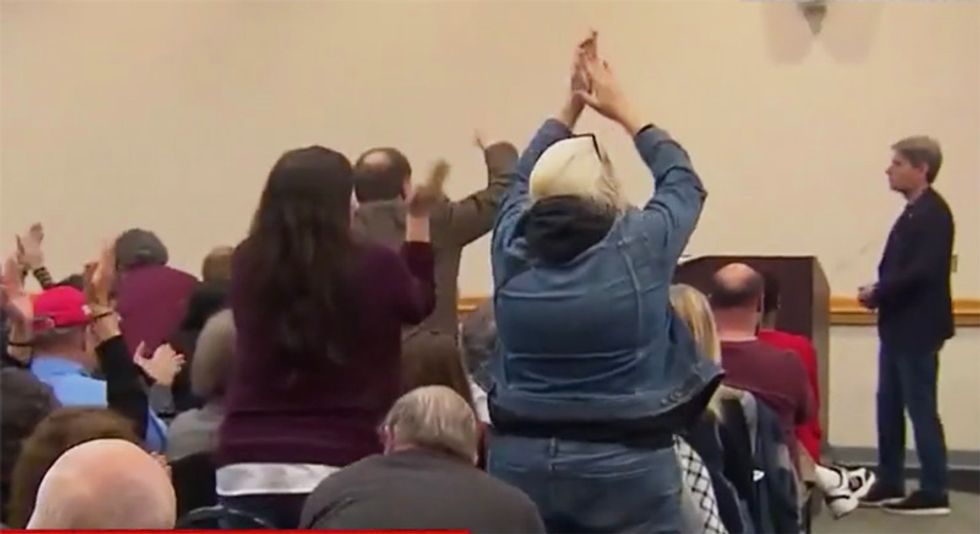 On Sunday morning CNN aired a clip of Rep. Tom Malinowski (D-NJ) announcing before a town hall crowd on Saturday that he will vote for the impeachment of Donald Trump -- causing some of the audience members to explode into applause over his decision.

In the clip, the lawmaker explains, "Based on the evidence I have seen in the depositions, the hearings and the documents I've seen, I believe on the two counts of impeachment that the vote that has been put before us, that the vote should be yes, and I will be voting yes."

With that, the crowd burst into cheers with some leaping from their seats.