When does Republican partisanship turn into treason? We're about to find out 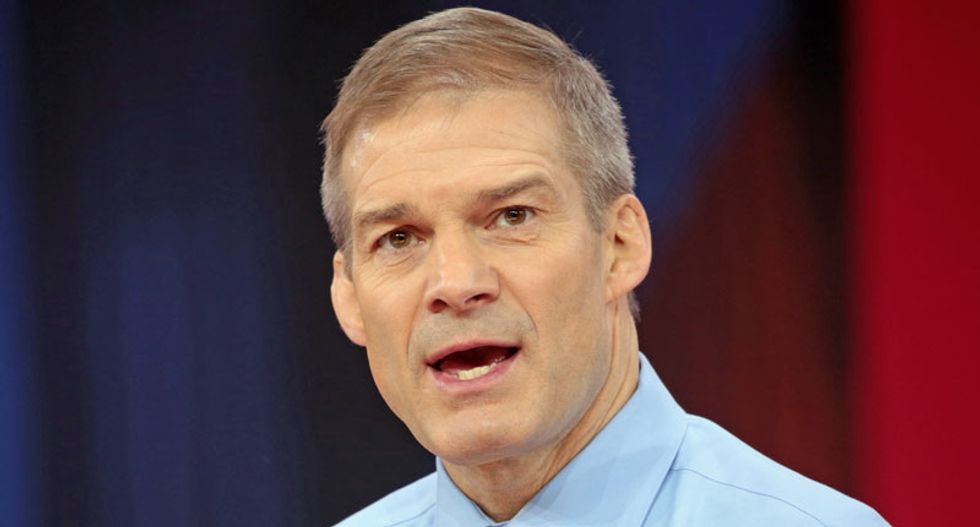 It bears repeating. Donald Trump was not only press-ganging Volodymyr Zelensky in an illegal scheme for partisan gain. He was rewriting the history of 2016 in order to wound enemies (Democrats) and help friends (Vladimir Putin)—as well as to give Kremlin operatives room to strike again. It is in no way overstating it to say the president of the United States is the head of an international conspiracy to defraud the American people.

It has remained to be seen how far the Republican Party is willing to go in defense of Trump’s conspiracy. Senate Republicans quickly conceded that Russia sabotaged Hillary Clinton’s candidacy, but stopped short of saying the president benefited (because admitting that would be admitting Trump is an illegitimate president.)

But now, as the impeachment process enters a new and dangerous phase, we are seeing new GOP behavior (though we have witnessed plenty of hints). David Drucker, a superlative reporter, wrote today that Republicans decided the best way to defend the president is to embrace “the claim of Ukrainian interference in the 2016 election.”

The idea that Ukraine, not Russia, attacked the US originated in the Kremlin. The idea that the Democrats, not Trump’s campaign staffers, conspired with foreign operatives is more than “conspiracy theory.” It is a fascist ploy to turn lies into truth. This is why I said recently Trump’s crime is so much worse than abuse of power. It’s treason.

And the Republicans, like lemmings, are heading for a cliff.

Now, it’s one thing to follow the party wherever it goes. Ordinary partisan activity, however vile, isn’t something I care to debate now. It quite another thing, however, to know what you’re doing is wrong and do it anyway. The Republicans can’t not know.

First, because intelligence officials briefed Senate Republicans, telling them explicitly the Ukraine-attacked-us story is pure Putin disinformation. Second, because Fiona Hill, a former member of the White House National Security Council, and a Russia authority, was clear about what House Republicans were already doing. She said:

In the course of this investigation, I would ask that you please not promote politically driven falsehoods that so clearly advance Russian interests. I refuse to be part of an effort to legitimize an alternate narrative that the Ukrainian government is a U.S. adversary, and that Ukraine—not Russia—attacked us in 2016 (my italics).

And now we have another reason why the Republicans can’t not know they are participating in conspiracy to defraud the American people. Rudy Giuliani, who is not regarded for his discretion, confessed to knowing the Ukraine-attacked-us story was bunk. Not only that, the president’s personal attorney actually said he decided to pursue “evidence” of Ukraine’s attack in order to undercut Robert Mueller’s report.

I knew they were hot and heavy on this Russian collusion thing, even though I knew 100 percent that it was false. I said to myself, ‘Hallelujah.’ I’ve got what a defense lawyer always wants: I can go prove someone else committed this crime.”

Is that where the Republicans want to go?

Well, yes, if Tucker Carlson is any indication. The Fox News host is on the bleeding edge of attempts by Trump partisans to expand what the American people think is acceptable behavior. On his show last night, he said: “I’m totally opposed to these [US] sanctions [on Russia] and I don’t think we should be at war with Russia and I think we should take the side of Russia if we have to choose between Russia and Ukraine.”

He went on to say the Democrats hate America more than Vladimir Putin does.

Tucker: I should say for the record that I’m totally opposed to these sanctions and I don’t think we should be at w… https://t.co/l0xWRHPFAB
— Acyn Torabi (@Acyn Torabi)1575336563.0

I think it’s fair for some conservative writers, like Charlie Sykes and Matt Lewis, to characterize the Republicans as dupes and stooges or parroting the Kremlin line. But at some point, we must face what it means for Republicans to know the truth but to advance Kremlin lies anyway, even when doing so slowly burns down the republic. At some point soon, we must stop calling dupes, and start calling them the enemy.