'Who is obstructing?' Fox panel shouts down Jason Chaffetz after he calls Trump the 'victim' of impeachment 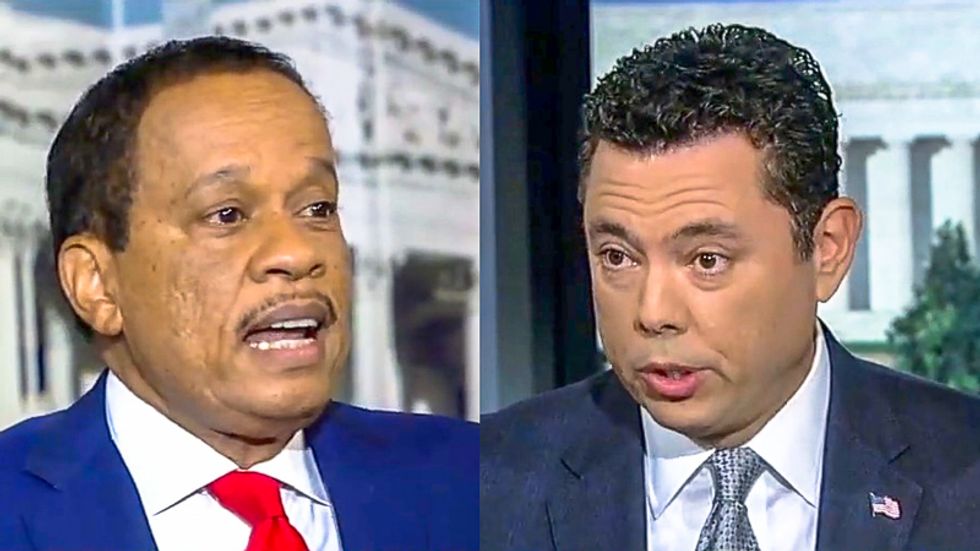 Former Republican Rep. Jason Chaffetz (R-UT) argued on Sunday that President Donald Trump is the "victim" of an impeachment investigation.

During a panel discussion about impeachment on FOX News Sunday, National Review editor Rich Lowry observed that Democrats "have to impeach" at this point.

Lowry, however, complained that Democratic lawmakers have refused to wait on court battles to decide whether Trump's advisers can testify.

"I think that's why history will look dimly on this process," he said.

Panelist Juan Williams noted that Republicans are complaining that Democrats have scheduled impeachment hearings while the president is out of the country. Williams said that Trump's 3.5-hour visit to Afghanistan for Thanksgiving was likely an attempt at distraction.

Chaffetz countered: "The Democrats continue to play into the hands of Donald Trump. No matter what the president does, he visits our troops in Afghanistan, he's going to the NATO meetings next month... that is so fundamentally wrong."

"And again," Chaffetz continued, "going into 2020, Donald Trump looks like the victim, looks like the D.C. outsider and he will gain more political support."

"Who is obstructing?" Williams interrupted. "Why who is keeping [White House acting Chief of Staff Mick Mulvaney] from testifying?"