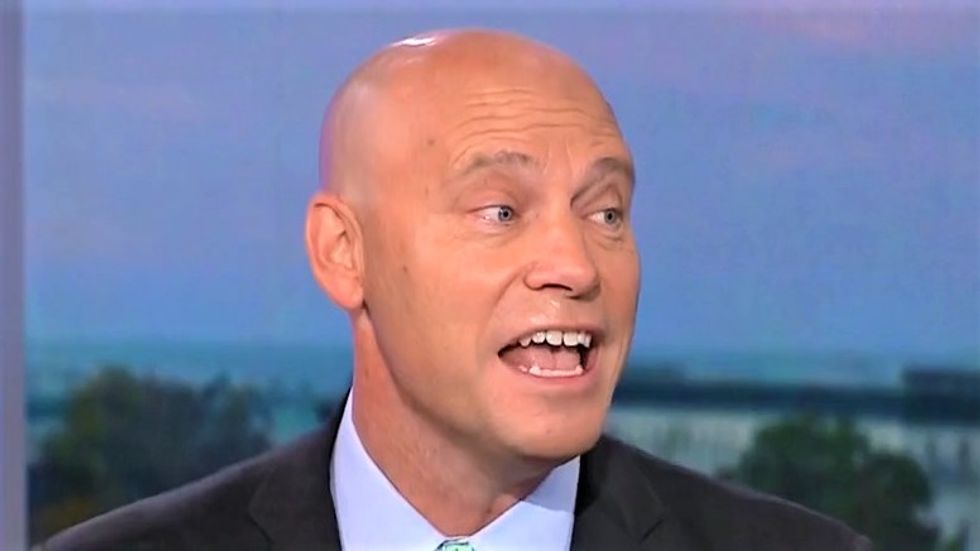 "Here's what I don't understand," said Blitzer. "If the president has nothing to hide, it was a perfect phone call with the president of Ukraine, why not cooperate, provide the documents, why not let individuals go before the committees and testify?"

"Wolf, this began with a whistleblower report based upon a phone call," whined Short. The president gave the transcript for all—"

"The memorandum," corrected Blitzer. "It's not verbatim necessarily."

"It was provided for all the American people to read."

"But they say on page one, this is not a transcript," said Blitzer. "If there's nothing to see, why not cooperate? Why not let various officials testify and let the documents come forward? What's the big deal?"

Blitzer then pressed Short about the testimony of E.U. Ambassador Gordon Sondland. "In the House Intelligence Committee report, the vice president is mentioned 60 times, your boss. You've refuted some of the suggestions of his involvement. You issued a statement saying the vice president never had a conversation with Sondland about investigating the Bidens, Burisma, or financial aid to Ukraine based upon potential investigations. Sondland, for his part, as all of us remember, he didn't testify that he was actually a conversation. He said that Pence, that he told Pence the vice president, the aid was linked the to investigations, and Pence simply nodded."

"I asked everybody else who was in that, and nobody remembers Sondland saying such a thing, which is why we believe his allegation is entirely false," said Short.

"You think Sondland is lying?" said Blitzer. "Is Sondland lying to Congress?"