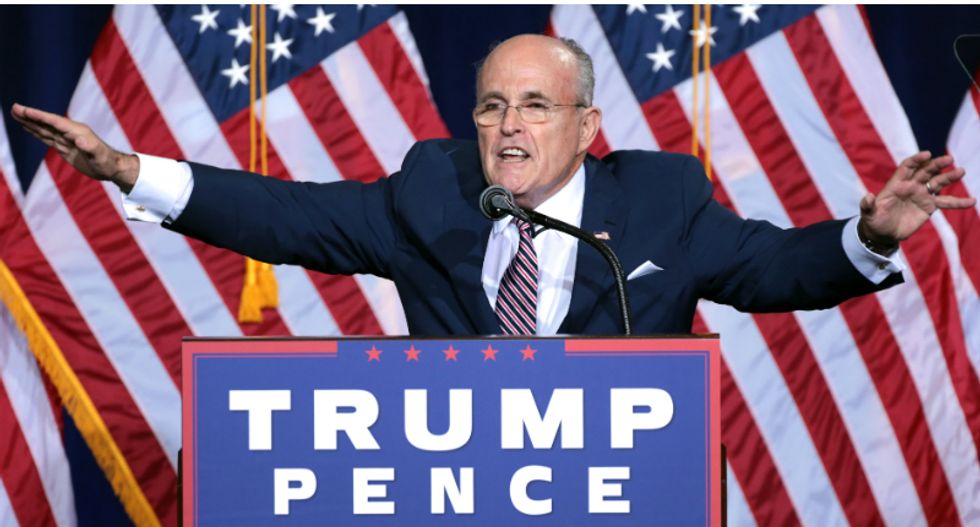 Pulitzer Prize-winning former New York Times journalist Clyde Haberman explained on Friday why the antics of former New York City Mayor Rudy Giuliani are part of a pattern that has defined his career during an interview with MSNBC's Ari Melber on "The Last Word."

Haberman wrote a twice-a-week column about New York City for The Times during the majority of Giuliani's time as mayor.

Melber asked him about a new piece Haberman wrote for BuzzFeed News titled, "Ask Any New Yorker: Rudy Giuliani Was Always This Bad."

"The Giuliani modus operandi of 2019, on display so clearly in his starring role in the Ukraine scandal, is the same as it has been for decades: Smear the other side when you can, cast opponents as corrupt, or dismiss them as intellectually dishonest — if not out-and-out evil," Haberman wrote.

"Consider just one moment during the eight years he ran New York City. Patrick Dorismond was shot and killed by a police officer on a Manhattan sidewalk in March 2000, in an incident that began when he said no to drugs. The cop, part of an undercover team intent on making arrests, approached Dorismond outside a bar and asked where he and his pals could buy marijuana. Dorismond, a security guard and father of two, took offense and angrily said he was no drug dealer. Heated words were exchanged. The men scuffled. Next thing anyone knew, the officer’s gun was out and Dorismond lay on the pavement, mortally wounded," he wrote.

"That’s when then-mayor Giuliani went to work, throwing as much mud on the dead man as he could. Giuliani took the unusual, and ethically suspect, step of unsealing Dorismond’s juvenile delinquency record. This man was 'no altar boy,' he sneered. In fact, Dorismond really had been an altar boy. He’d even attended the same Roman Catholic school that Giuliani had," he explained.

Haberman told Melber, "in truth his [modus operandi] has always been to throw dirt on opponents to cast them as morally deficient somehow, if not outright corrupt and evil."