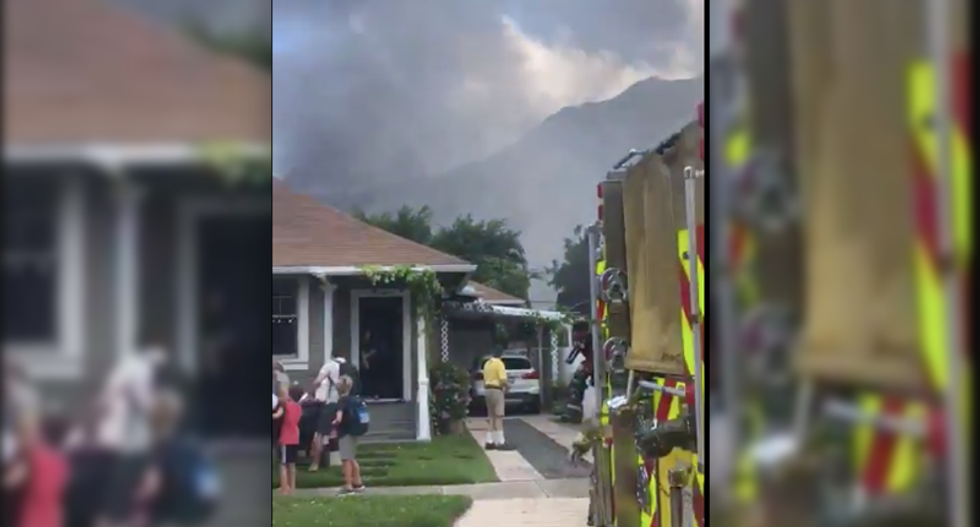 Two police officers are dead as a Sunday morning shootout is prompting lockdowns and an active-shooter situation in Diamond Head, outside of Honolulu.

The shooter allegedly started multiple fires that are burning residences in the area, reported CNN.

There is currently no information available about the identity of the shooter or confirmation that the shooter has been killed.

The shootout comes just a little over one month after another Hawaii shooting, when a sailor went on a spree on base in Pearl Harbor. Multiple people were killed.

In the area of Hibicus Dr. and connecting streets are closed down due to police investigation.
— Honolulu Police (@Honolulu Police) 1579465308.0

I would like to express my deepest condolences to the family and friends of the two officers as well as the entire… https://t.co/mjw1mxDVVG
— Kirk Caldwell (@Kirk Caldwell) 1579468636.0

The Star Advertiser in #Honolulu reports that officers responded to a possible stabbing near the base of… https://t.co/zSypQXx3Bn
— DiepTLam (@DiepTLam) 1579470316.0

Near my house: reports of an active shooter near diamondhead in Honolulu and now multiple homes burning. At first c… https://t.co/Dx3x7JIxz4
— Liz Barney (@Liz Barney) 1579467642.0