3 quotes that defined the first Democratic debate of 2020 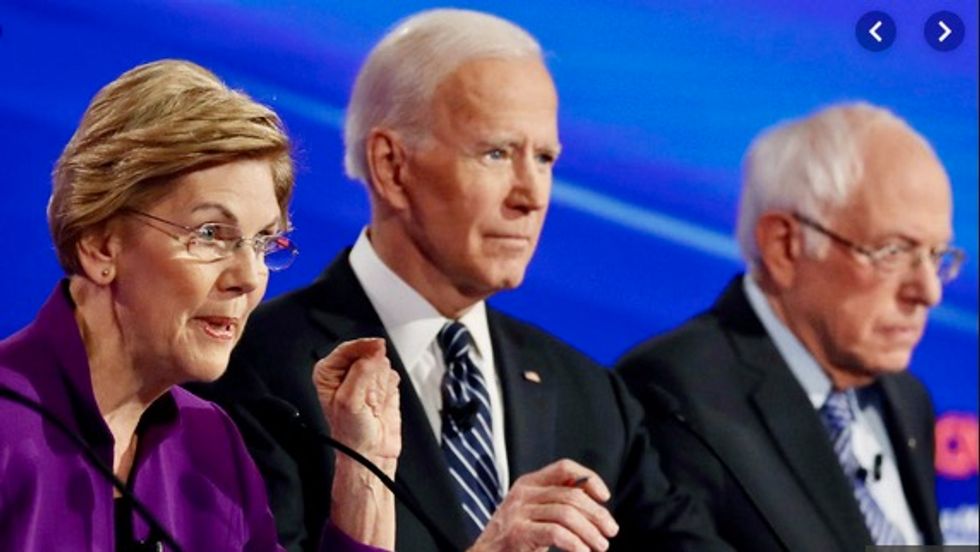 Editor’s note: Six Democrats qualified for the final debate before the Iowa caucus on Feb. 3. We asked three scholars to watch the Jan. 14 debate, held at Drake University in Des Moines, Iowa, and pick a quote from one of the candidates to highlight and analyze. 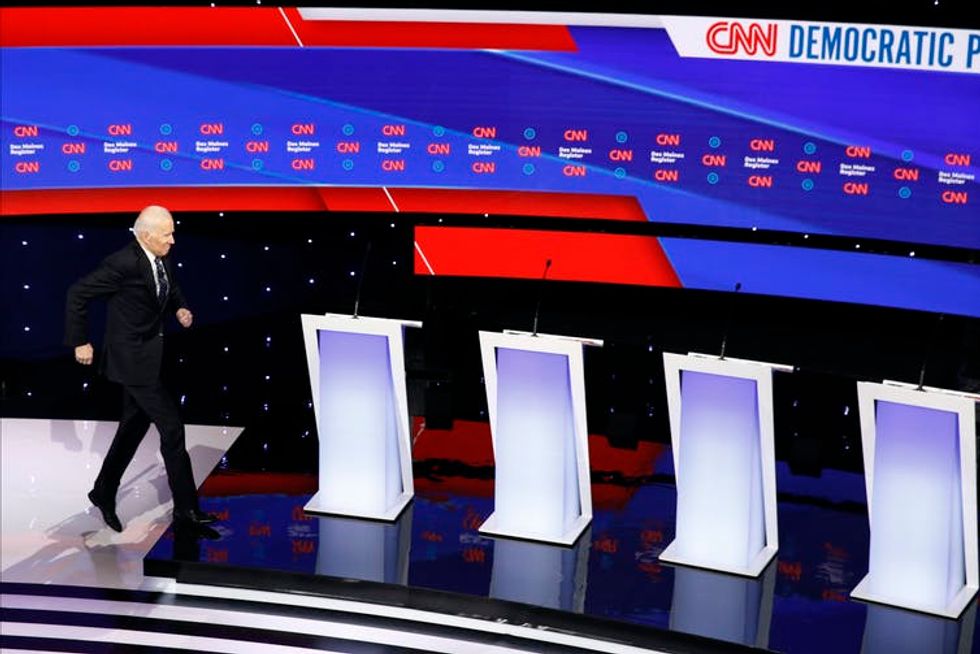 “I was part of that deal to get the nuclear agreement with Iran, bringing together the rest of the world, including some of the folks who aren’t friendly to us. And it was working.” - Joe Biden

The Iran nuclear deal took two years to negotiate and runs to over 20,000 words.

Joe Biden no doubt had a part in selling the agreement, as it was one of the Obama administration’s top foreign policy objectives. The agreement placed strict and verifiable limits on Iran’s nuclear program and even Trump, during his first year in office, certified Iran was complying before he came up with additional demands. He then withdrew from the deal.

That move convinced American allies that U.S. leadership had become as erratic as it was unreliable. It also removed the incentive for Iran to limit its ability to develop nuclear weapons and relied on sanctions to force Iran to capitulate.

Since the U.S. withdrew, Iran has responded by continuing to develop its nuclear capability, making the time it would need to construct a bomb increasingly shorter. The recent killing of senior Iranian military commander Qassem Soleimani by U.S. drone strike will only encourage Iran to reconsider the steps it must take to defend itself. That may prompt Israel to again contemplate a preemptive strike.

In his speech on Jan. 8, Trump explained his rationale for killing Soleimani – a speech that included several dubious claims. I predict that his effort to force Iran to its knees will have no more success than his attempt to negotiate with North Korea to get them to give up their weapons.

If Trump then resorts to military action against Iran, he will likely find it impossible to convince anyone that his justification for acting is either credible or legitimate.

And if Biden – or any of the others on the stage tonight – become president a year from now, putting the deal back together again will be difficult if not impossible. 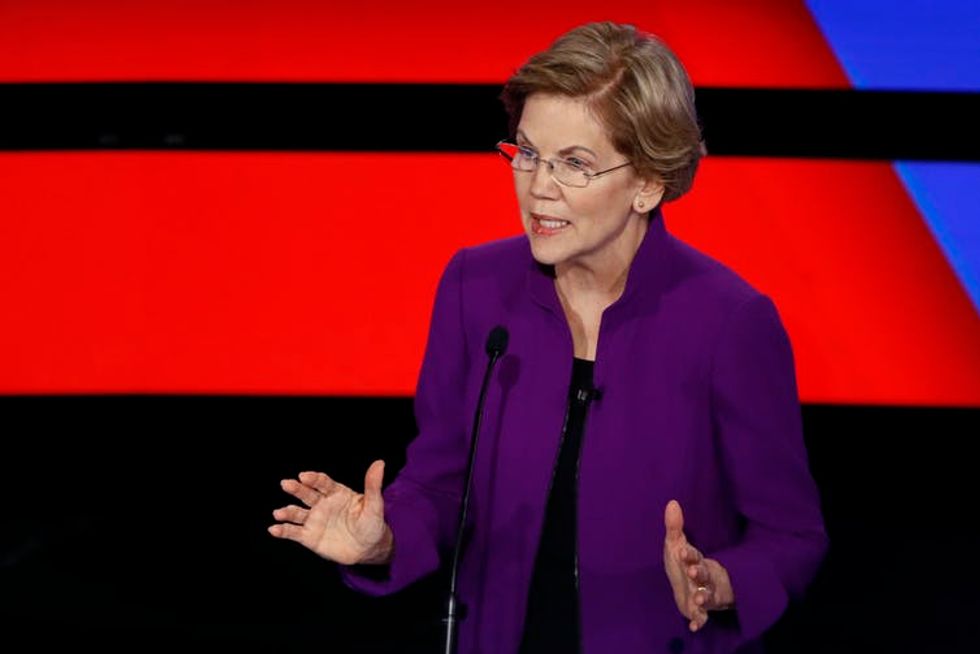 Elizabeth Warren spoke about the American military presence in the Middle East.

“We should stop asking our military to solve problems that cannot be solved militarily.” - Elizabeth Warren

The final debate before the Iowa caucus is a challenging one for candidates. The strategic question at hand is: Do they fight with other primary candidates – or deescalate the differences that exist between them, even if small?

While the first six debates focused on domestic policy, the recent conflict between the U.S. and Iran was at the forefront of voters’ and candidates’ minds on Jan. 15.

This debate shined a light on the candidates’ foreign policy experience, in contrast with the policies of the sitting president. Most recently, Biden has been seen by Democratic primary voters as the candidate most trustworthy on foreign policy.

President Donald Trump’s administration has expanded U.S. military commitments abroad. Even after declaring “I got elected on bringing our soldiers back home,” Trump has kept 174,000 active military deployed overseas.

The focus on foreign policy in the early minutes of the debate opened a door for candidates to remind voters that their positions reinforce the Obama administration’s commitment to only send troops into harm’s way when it was necessary and with a strategy and defined goals, while at the same time openly questioning the military decisions of the Trump administration, especially in recent days.

Warren’s comments sent a clear message that diplomacy and other means, such as international alliances and negotiation, are to be considered. 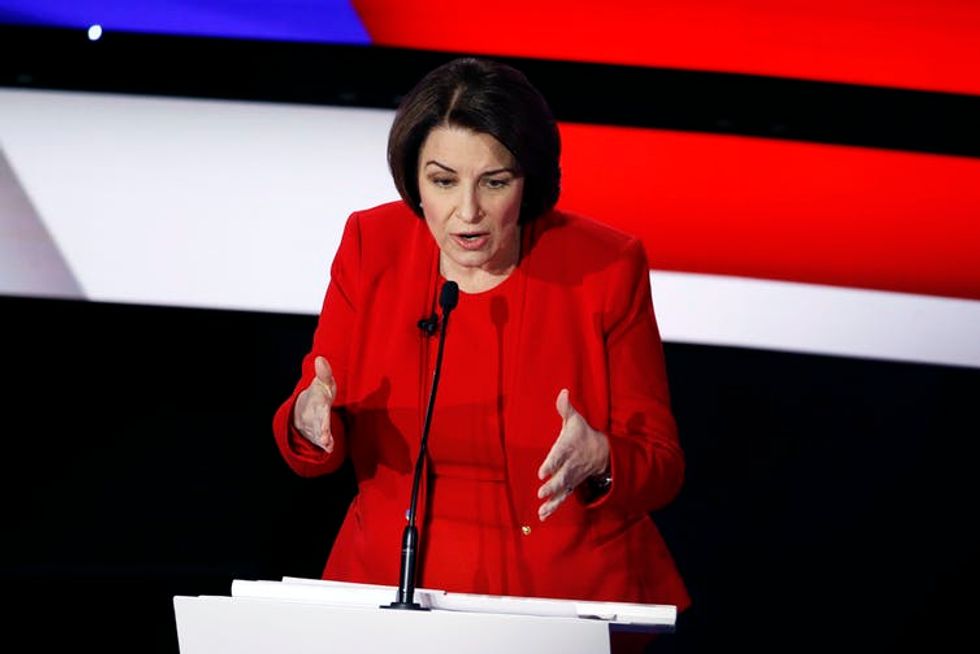 During the debate, moderators raised the question about Pete Buttigieg’s opposition to free public college access for the wealthiest 20% in the country.

Klobuchar attempted to pivot the conversation to the economic value of education, saying that there should be an emphasis on filling blue collar jobs that are currently vacant.

This statement echoes a question in today’s society about the value of higher education and who should be able to access it. This public debate has resulted from rising tuition costs, increased student loan debt and stagnation of wages.

Bureau of Labor Statistics data confirms that, in every state, those with college degrees earn more than those without degrees. College graduate average a weekly income of US$1,173, compared to $712 for those with only a high school diploma. A high school diploma no longer offers a career path that can lead to a middle-class life.

Key members of the Democratic voting block – women and people of color – face significant barriers to closing the income and wealth gap with white men.

In my view as someone who studies African American political behavior, Klobuchar was correct that the conversation about jobs should be broader. But careers with limited mobility and low wages do not offer an effective avenue to economic prosperity. Her comments did not fully acknowledge why people are willing to go into debt in order to receive education beyond high school.

African Americans often view education not only as an avenue to a career that allows for the potential of upward mobility, but also to a greater sense of freedom for oneself and one’s family. Klobuchar’s comment dismisses this long history of deep commitment to earning a freer life.