In the last few years, the use of 3D printing has exploded in medicine. Engineers and medical professionals now routinely 3D print prosthetic hands and surgical tools. But 3D printing has only just begun to transform the field.

Today, a quickly emerging set of technologies known as bioprinting is poised to push the boundaries further. Bioprinting uses 3D printers and techniques to fabricate the three-dimensional structures of biological materials, from cells to biochemicals, through precise layer-by-layer positioning. The ultimate goal is to replicate functioning tissue and material, such as organs, which can then be transplanted into human beings.

We have been mapping the adoption of 3D printing technologies in the field of health care, and particularly bioprinting, in a collaboration between the law schools of Bournemouth University in the United Kingdom and Saint Louis University in the United States. While the future looks promising from a technical and scientific perspective, it’s far from clear how bioprinting and its products will be regulated. Such uncertainty can be problematic for manufacturers and patients alike, and could prevent bioprinting from living up to its promise.

From 3D printing to bioprinting

Bioprinting has its origins in 3D printing. Generally, 3D printing refers to all technologies that use a process of joining materials, usually layer upon layer, to make objects from data described in a digital 3D model. Though the technology initially had limited applications, it is now a widely recognized manufacturing system that is used across a broad range of industrial sectors. Companies are now 3D printing car parts, education tools like frog dissection kits and even 3D-printed houses. Both the United States Air Force and British Airways are developing ways of 3D printing airplane parts. 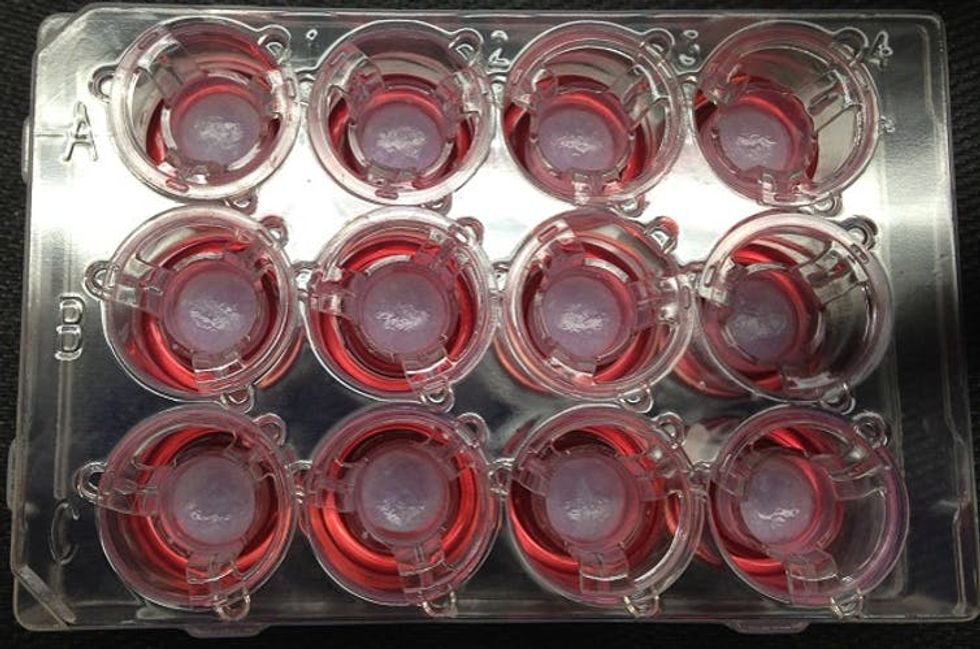 The NIH in the U.S. has a program to develop bioprinted tissue that’s similar to human tissue to speed up drug screening.

In medicine, doctors and researchers use 3D printing for several purposes. It can be used to generate accurate replicas of a patient’s body part. In reconstructive and plastic surgeries, implants can be specifically customized for patients using “biomodels” made possible by special software tools. Human heart valves, for instance, are now being 3D printed through several different processes although none have been transplanted into people yet. And there have been significant advances in 3D print methods in areas like dentistry over the past few years.

While bioprinting is not entirely a new field because it is derived from general 3D printing principles, it is a novel concept for legal and regulatory purposes. And that is where the field could get tripped up if regulators cannot decide how to approach it.

State of the art in bioprinting

Scientists are still far from accomplishing 3D-printed organs because it’s incredibly difficult to connect printed structures to the vascular systems that carry life-sustaining blood and lymph throughout our bodies. But they have been successful in printing nonvascularized tissue like certain types of cartilage. They have also been able to produce ceramic and metal scaffolds that support bone tissue by using different types of bioprintable materials, such as gels and certain nanomaterials. A number of promising animal studies, some involving cardiac tissue, blood vessels and skin, suggest that the field is getting closer to its ultimate goal of transplantable organs.

Researchers explain ongoing work to make 3d-printed tissue that could one day be transplanted into a human body.

We expect that advancements in bioprinting will increase at a steady pace, even with current technological limitations, potentially improving the lives of many patients. In 2019 alone, several research teams reported a number of breakthroughs. Bioengineers at Rice and Washington Universities, for example, used hydrogels to successfully print the first series of complex vascular networks. Scientists at Tel Aviv University managed to produce the first 3D-printed heart. It included “cells, blood vessels, ventricles and chambers” and used cells and biological materials from a human patient. In the United Kingdom, a team from Swansea University developed a bioprinting process to create an artificial bone matrix, using durable, regenerative biomaterial.

Though the future looks promising from a technical and scientific perspective, current regulations around bioprinting pose some hurdles. From a conceptual point of view, it is hard to determine what bioprinting effectively is.

Consider the case of a 3D-printed heart: Is it best described as an organ or a product? Or should regulators look at it more like a medical device?

Regulators have a number of questions to answer. To begin with, they need to decide whether bioprinting should be regulated under new or existing frameworks, and if the latter, which ones. For instance, should they apply regulations for biologics, a class of complex pharmaceuticals that includes treatments for cancer and rheumatoid arthritis, because biologic materials are involved, as is the case with 3D-printed vaccines? Or should there be a regulatory framework for medical devices better suited to the task of customizing 3D-printed products like splints for newborns suffering from life-threatening medical conditions?

In Europe and the U.S., scholars and commentators have questioned whether bioprinted materials should enjoy patent protection because of the moral issues they raise. An analogy can be drawn from the famed Dolly the sheep over 20 years ago. In this case, it was held by the U.S. Court of Appeals for the Federal Circuit that cloned sheep cannot be patented because they were identical copies of naturally occurring sheep. This is a clear example of the parallels that exist between cloning and bioprinting. Some people speculate in the future there will be ‘cloneprinting,’ which has the potential for reviving extinct species or solving the organ transplant shortage.

Dolly the sheep’s example illustrates the court’s reluctance to traverse this path. Therefore, if, at some point in the future, bioprinters or indeed cloneprinters can be used to replicate not simply organs but also human beings using cloning technologies, a patent application of this nature could potentially fail, based on the current law. A study funded by the European Commission, led by Bournemouth University and due for completion in early 2020 aims to provide legal guidance on the various intellectual property and regulatory issues surrounding such issues, among others.

On the other hand, if European regulators classify the product of bioprinting as a medical device, there will be at least some degree of legal clarity, as a regulatory regime for medical devices has long been in place. In the United States, the FDA has issued guidance on 3D-printed medical devices, but not on the specifics of bioprinting. More important, such guidance is not binding and only represents the thinking of a particular agency at a point in time.

Those are not the only uncertainties that are racking the field. Consider the recent progress surrounding 3D-printed organs, particularly the example of a 3D-printed heart. If a functioning 3D-printed heart becomes available, which body of law should apply beyond the realm of FDA regulations? In the United States, should the National Organ Transplant Act, which was written with human organs in mind, apply? Or do we need to amend the law, or even create a separate set of rules for 3D-printed organs?

We have no doubt that 3D printing in general, and bioprinting specifically, will advance rapidly in the coming years. Policymakers should be paying closer attention to the field to ensure that its progress does not outstrip their capacity to safely and effectively regulate it. If they succeed, it could usher in a new era in medicine that could improve the lives of countless patients.