'A huge deal': Nicolle Wallace breaks down implications of GOP senator splitting with Trump after briefing on Iran 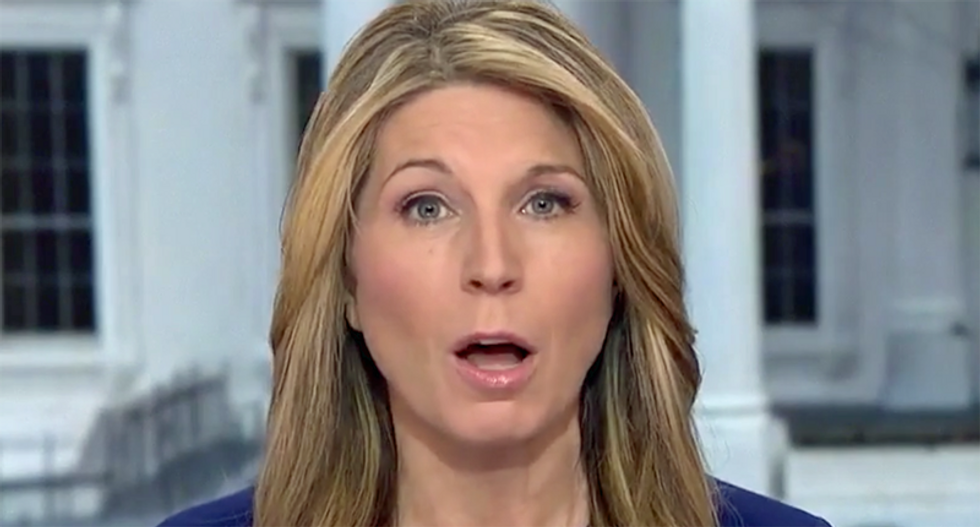 The host played a clip of Lee talking to reporters.

Lee said it was "probably the worst briefing I've seen, at least on a military issue, in the nine years I've served on the United States Senate."

"What I found so distressing about the briefing is one of the messages we received from the briefers was do not discuss, do not debate the issue of the appropriateness of further military intervention against Iran and if do, you'll be emboldening Iran," he explained. "The implication being we would be less safe by having a debate or discussion about the appropriateness of further military involvement."

"That the guy, right there, Sen. Lee -- he's a Republican!" Wallace noted. "The Republicans in the Senate are by and large zombies, walking along as Donald Trump obliterates things like truth, the rule of law and respect for our institutions," she explained.

"He just left a briefing where he was a little peeved that the party's respect for truth, the rule of law and congressional debate and institutions has been obliterated," she noted.

Wallace said she could not remember seeing anything like this during the Bush administration.