Adam Schiff: GOP senators should allow Bolton to testify or face the music when his book comes out 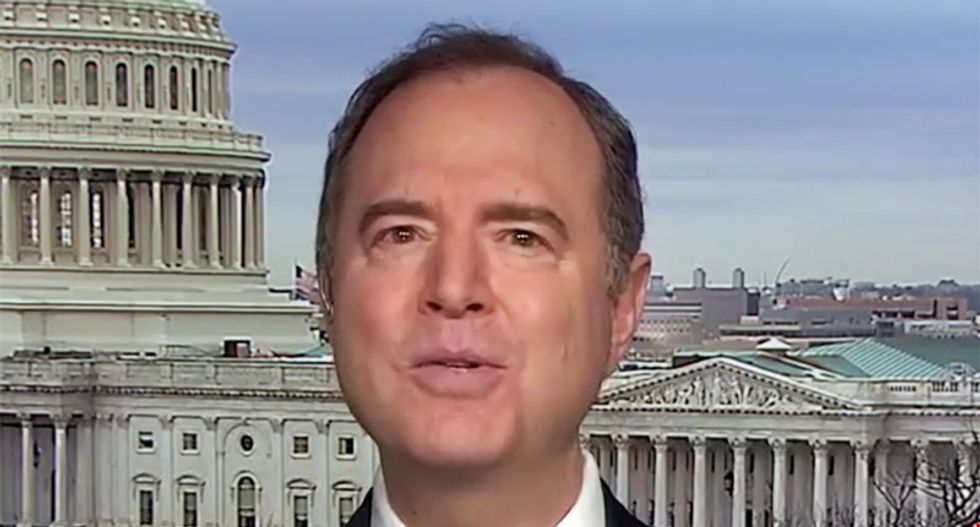 Appearing on CNN's "New Day," Rep. Adam Schiff (D-CA) -- who is leading the impeachment prosecution of Donald Trump on the Senate floor -- said Republicans can now either agree to let former national security adviser John Bolton to testify about the president's Ukraine scandal or face the wrath of voters when the former White House aide's book comes out.

Late Sunday the New York Times reported, "President Trump directly tied the withholding of almost $400 million in American security aid to investigations that he sought from Ukrainian officials, according to an unpublished manuscript of a book that John R. Bolton, Mr. Trump’s former national security adviser, wrote about his time in the White House."

Speaking with host Alisyn Camerota, Schiff addressed the revelations in the book that completely undercuts the White House's impeachment defense that the president was exclusively focused on Ukraine corruption.

Asked what happens now, the California Democrat said Republicans can either allow Bolton to testify or wait until March when his book comes out and be forced to explain their dereliction of duty.

"It completely blasts another hole in the president's defense," Schiff told the CNN host. "And I think for the senators, and I'm not talking about the four who have been so much the focus of attention, for every senator, Democrat and Republican, I don't know how you can explain that you wanted a search for the truth in this trial and say you don't want to hear from a witness who had a direct conversation about the central allegation in the articles of impeachment."

"Because all of these senators, on March 17th when this book comes out, are going to be asked if they don't support calling him as a witness, why didn't you want to hear from him when he could have given you information before you rendered your verdict," Schiff continued before adding, "I would not want to be in a position to answer that question."