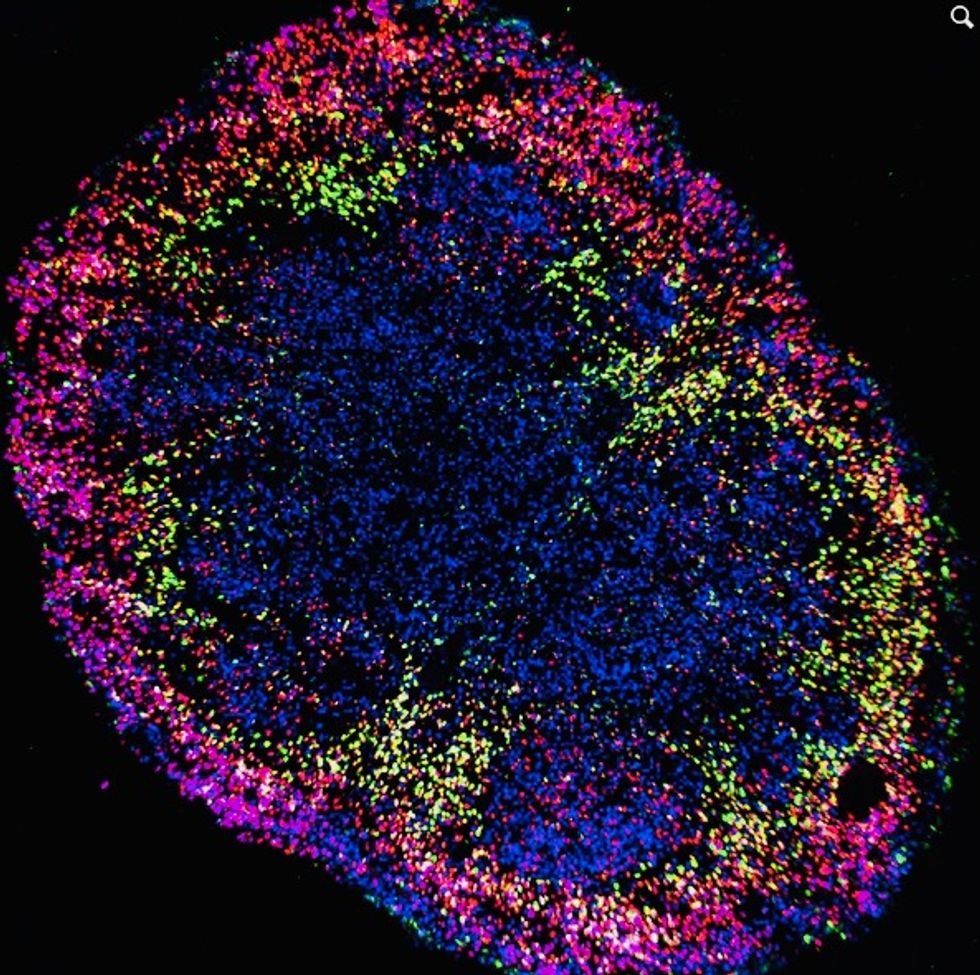 What was going on with our brain organoids?

As neuroscientists, we use these three-dimensional clusters of cells grown in petri dishes to learn more about how the human brain works. Researchers culture various kinds of organoids from stem cells – cells that have the potential to become one of many different cell types found throughout the body. We use chemical signals to direct stem cells to produce brain-like cells that together resemble certain structural aspects of a real brain.

While they are not “brains in a dish” – organoids cannot function or think independently – the idea is that organoid models let scientists see developmental processes that may yield insights into how the human brain works. If researchers better understand normal development, we may be able to understand when and how things go wrong in diseases.

When we recently compared our lab’s organoid cells to normal brain cells, we were surprised to find that they didn’t look as similar as we’d expected. Our brain organoids, each the size of a few millimeters, were stressed out.

Our investigation into why has important implications for this popular new method since many labs are using it to study brain function and neurological disease. Without accurate models of the brain, scientists will not be able to work toward disease treatments. 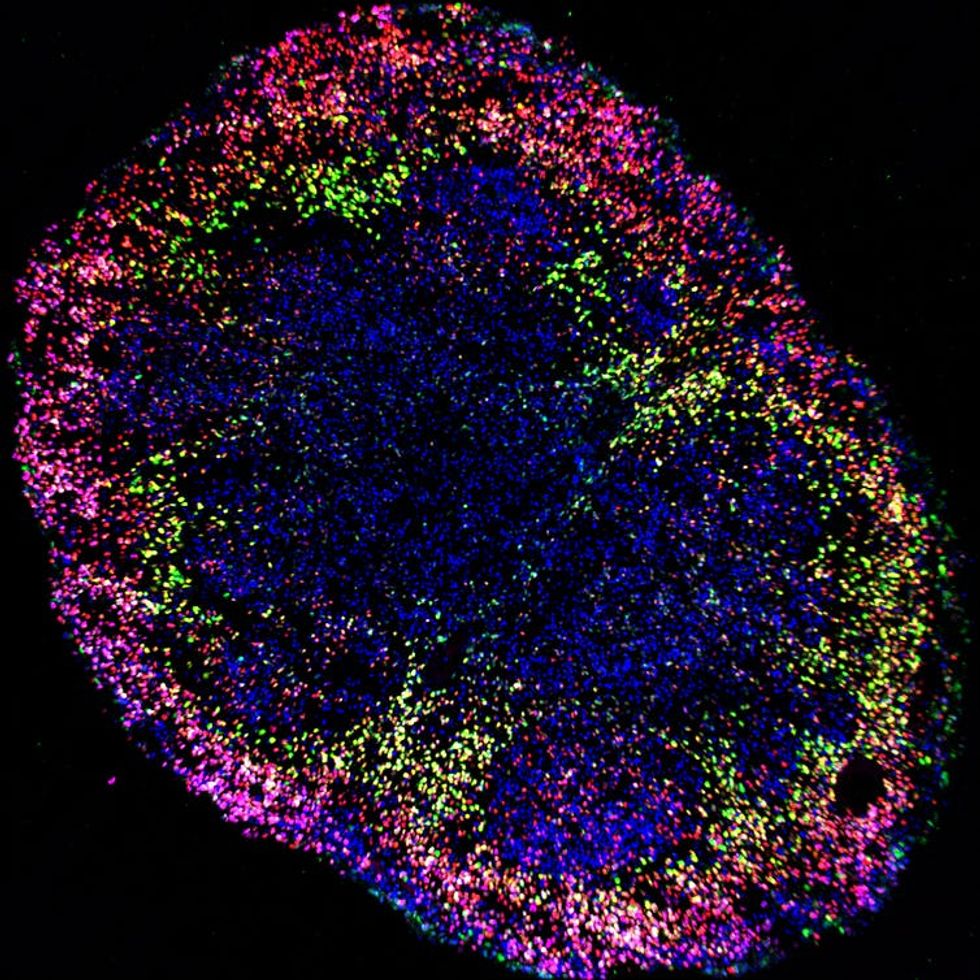 Our lab is particularly interested in the human cerebral cortex – the brain’s bumpy exterior – because it is so different in human beings than it is in any other species. The human cortex is proportionally bigger than in our closest living relatives, the great apes, containing more and different types of cells. It’s the source of many unique human abilities, including our cognitive capacity.

Why is this important? Because the cortex tells the rest of the brain what to do, and because these cortical cells and structures are disrupted in numerous diseases, ranging from developmental disorders like autism to degenerative diseases like Alzheimer’s.

A better understanding of how the cerebral cortex forms will give researchers insights into how such diseases develop. Brain organoids may reproduce certain features of brain development and could provide a platform to develop treatments for these disorders. 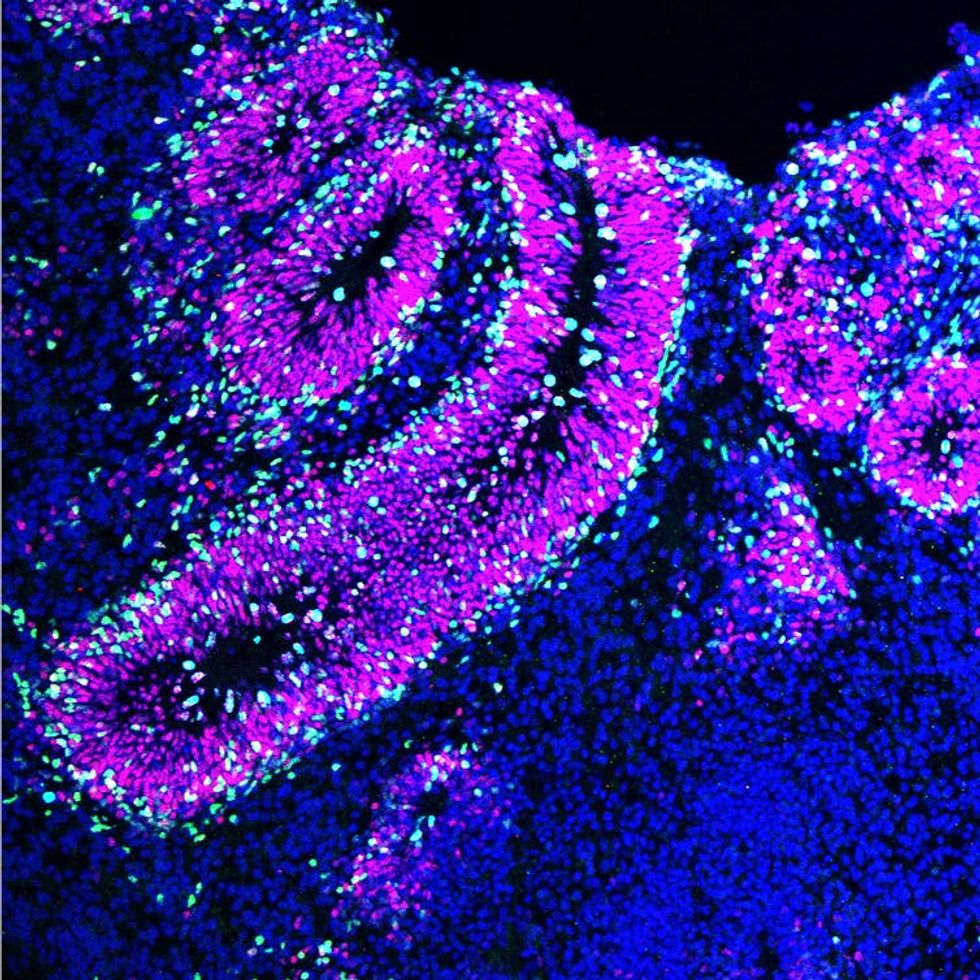 Brain organoids are tiny models made in the lab.

Like the rest of the neuroscience community, we’re excited by the promise of organoids to let us study features of brain development that are unique to human beings, but essentially impossible to learn from living people. We wondered: What kind of cells do organoids make? What signals do they send? Do they connect together? Many scientific groups have characterized these models and determined that they make cells similar to those of the developing human brain.

But how do scientists know that organoid models mimic the real thing if we do not know enough about the normal brain? Our lab had a unique opportunity to compare human brain samples with our organoids. Additionally, recent technological advances now enable scientists to look at the genes expressed by individual cells, so that we can identify the programs that determine their cellular identity.

When we compared our organoid cells to normal brain cells, they looked more different than we’d expected, both in specificity of cell type and ability to mature normally.

Normal human brain cells turn on at precise times the sets of genes that give them their particular characteristics. These genetic plans determine how excitable the cells are, the chemical signals they send and receive, their position within the brain, their shapes and the cells they connect with.

What do the gene profiles of organoid cells look like?

They have the broad molecular characteristics of normal human brain cells, but without some important details. They have a confused identity; a single organoid cell expresses multiple gene programs that are normally found in very different cell types. The human brain has a plethora of distinct cell types, but organoid cells express markers of multiple different neural types at once. Organoid cells also don’t mature like normal brain cells do. In addition, many of the features that are hallmarks of the developing human brain – like the structural expansion and increasing architectural complexity – are not reflected in the organoids. 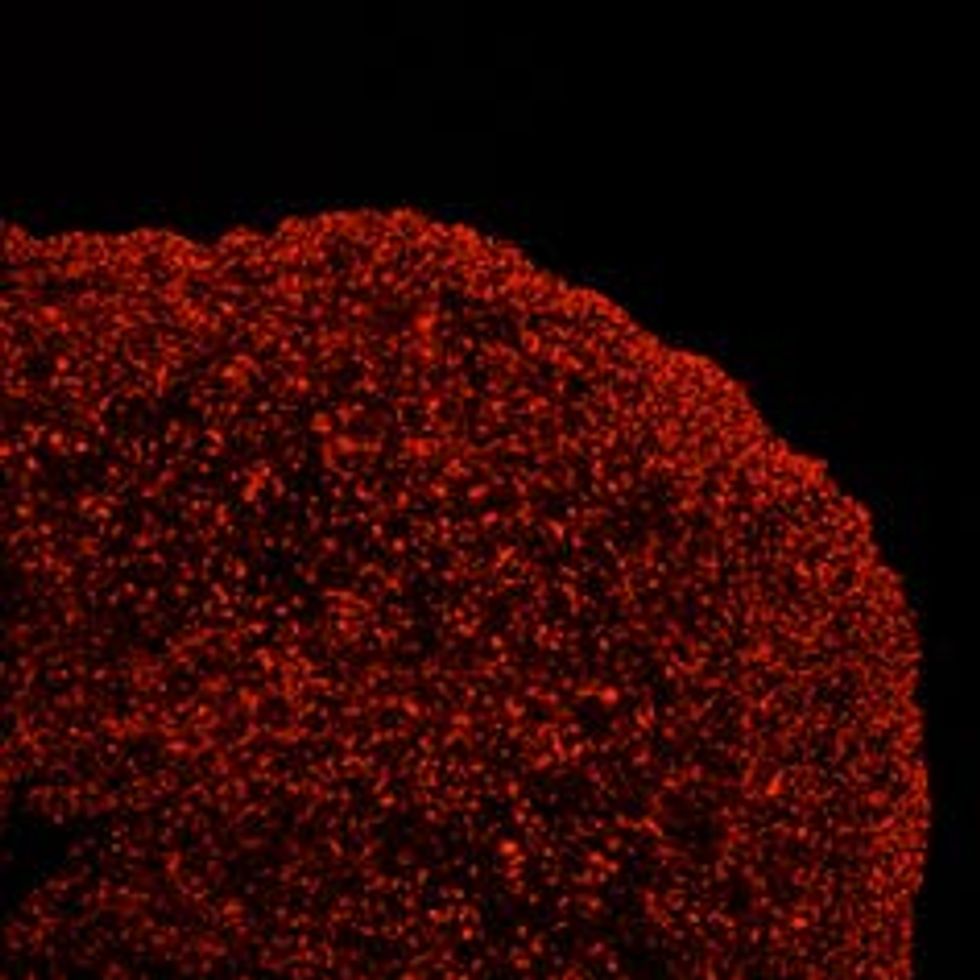 So, if organoid cells do not have the same activated gene programs as in the normal human brain, what programs are activated? Stress. Organoid cells have inappropriate activation of several cellular stress programs. These stress markers indicate that organoid cells are not receiving vital environmental nutrients that are typically found in the body. The activation of stress pathways results in cells behaving incorrectly and producing abnormal proteins.

To ensure that it wasn’t just the organoids in our hands, we analyzed the sequencing data of organoids published by other labs. Sure enough, there were significant levels of stress across all organoids, regardless of who made them or how.

When cells activate stress genes, they do not develop or behave correctly. We wanted to know if the environment was causing the stress in our organoids, so we put unstressed normal cells into the organoid environment. These once-normal cells became stressed too, and they developed identity issues similar to the organoid cells. This experiment suggests that stress activation contributes to the cellular confusion in organoid cells.

In a different experiment, we took organoid cells out of the culture environment and grafted them into a mouse – and the stress was relieved. Something about the way we currently culture organoids is stressing them out and is, at least in part, impairing other aspects of their development.

If organoids do not make specific cells that act like they do in the normal brain, how can we trust that the experiments we use them for reflect biology?

Are organoids useful, then?

So what does this mean for the future of organoids?

Organoids are still the best way neuroscientists have to access certain features of human brain development and disease. But to make sure that these studies are the most accurate they can be, neuroscientists need to resolve the stress-related issues.

Neurological diseases, like autism and Alzheimer’s, affect specific cell types – if researchers don’t make those cell types in our organoids, it may have major implications for future studies working toward treatments of these diseases. In addition, many diseases induce cellular stress, and the manifestations of these diseases may be blunted or obscured in organoids if the organoid cells are already stressed.

The good news is the stress can be reversed – if researchers can figure out exactly what is causing it.