Chris Wallace: Mitch McConnell ‘backed down’ on trial rules because he’s losing control of the Senate 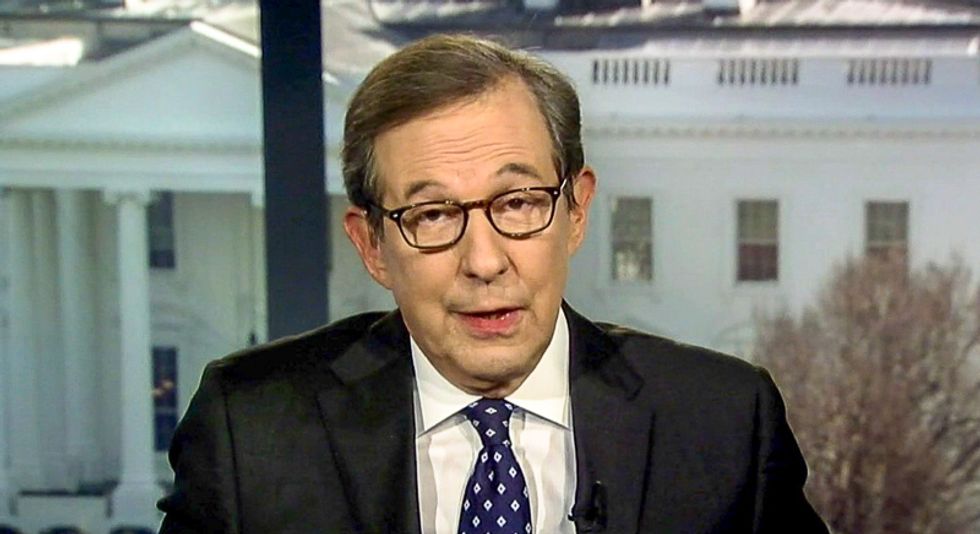 Fox News host Chris Wallace observed on Tuesday that Senate Majority Leader Mitch McConnell (R-KY) had been forced to "back down" on impeachment trial rules that critics said were designed to cover up offenses committed by President Donald Trump.

In a surprise move Tuesday afternoon, McConnell made changes to two of the most controversial aspects of his trial rules.

Evidence will now be automatically entered into the record (unless a senator objects). The new rules also gives House impeachment managers an extra day to make their opening remarks.

"Why did they make this change at the very last minute?" Wallace asked during an appearance on Fox News. "Because, clearly, there were four Republicans senators -- at least four -- who were concerned about it, who said, 'Why do we have to rush? Why do we have to do this until 1 in the morning. It makes us look bad.'"

"I think it's fair to assume that the only reason Mitch McConnell backed down -- and he did back down, which is very rare for him," Wallace continued, "is because... there were at least four Republican senators who said, 'Let's soften this a little bit.'"

The veteran Fox News host said that it could be a sign that senators are open to having witnesses in the trial.

"It does indicate that the whole question of witnesses is more up for grabs than many of us thought," Wallace stated. "It would seem to indicate that some moderate senators... are expressing concern. Just remember, Mitch McConnell is the majority leader but if he doesn't have a majority, if the Democrats stand firm with 47 [senators] and then get four Republicans to jump over... then it's Chuck Schumer who is really the majority leader."