Chris Wallace to Mike Pompeo: It's 'misguided' to think that impeachment is a good time to attack 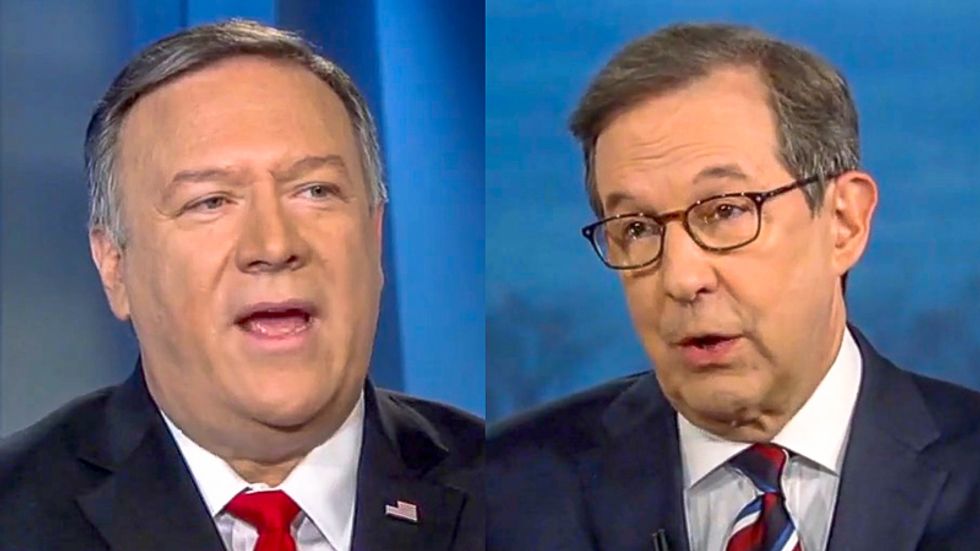 "Some analysts suggest that the impeachment of President Trump has emboldened enemies like Iran and North Korea to think that they can confront him," Wallace pointed out. "Do you think that is misguided as it may be, that some of our enemies think that this president is more vulnerable because of the impeachment effort?"

Wallace noted that the Trump administration has alleged that Soleimani intended to attack American assets overseas.

Throughout the interview, Pompeo also attempted to blame former President Barack Obama and Vice President Joe Biden for the conflict with Iran.

"The Obama administration created an enormous risk to the American people in Iran," Pompeo alleged at one point. "This administration is working to reduce that risk."

Wallace pointed out: "But in 2019 alone, Iran hit ships, shot down a U.S. drone, launched an attack against Saudi oil facilities, a damaging attack and for all the talk of isolating Iran, they just conducted joint exercises with China and Russia."