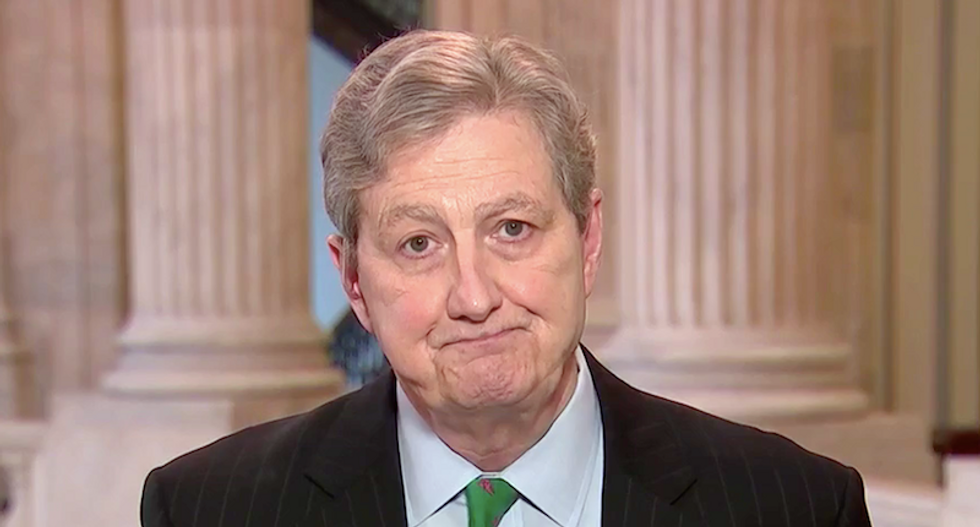 Senate Republicans are learning a great deal during the impeachment trial, according to one conservative senator.

Nicholas Fandos spoke with Sen. John Kennedy (R-LA) during a break in the trial.

Kennedy is one of Trump's biggest defenders, even though he ran for Lousiana attorney general, state Treasurer, and U.S. Senate as a Democrat, before switching parties.

Kennedy acknowledged that Republican senators were not familiar with the case.

"I've learned a lot. Everybody has. Senators didn't know the case," Kennedy admitted. "They really didn't."

The former law school professor claims he has now read through the written briefs twice.

"We didn't stay glued to the television. We haven't read the transcripts," he explained.

"Those of you who have sat through a trial before know that there are peaks and valleys. A trial is a narrative. It's a story and to really evaluate the consequences of the story you have to get the story," he added.

@SenJohnKennedy Kennedy adds: "Those of you who have sat through a trial before know that there are peaks and valle… https://t.co/8Z2aMx2JD8
— Nicholas Fandos (@Nicholas Fandos) 1579738930.0