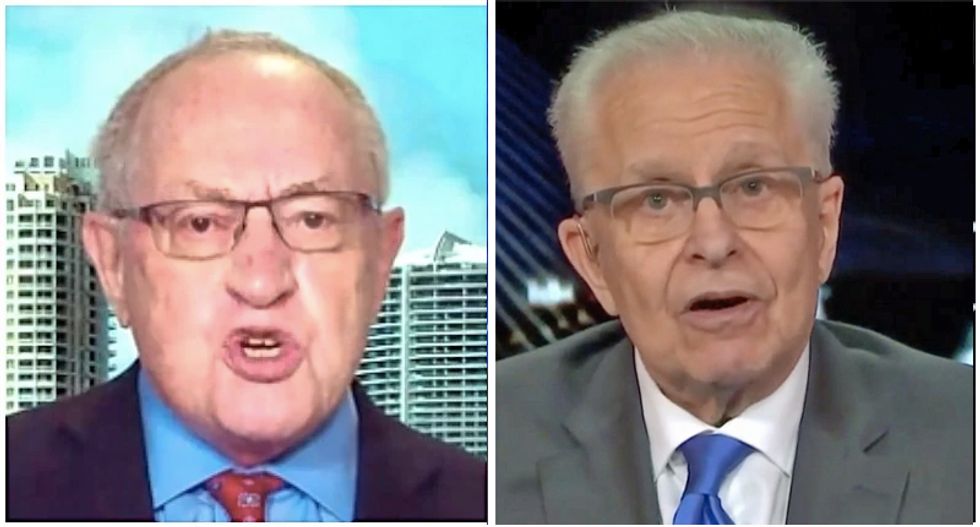 Tribe argued that Dershowitz's legal arguments were so bad he has no business being allowed to even present them in a legitimate proceeding.

Dershowitz, who is a professor emeritus, tried to put words in Tribe's mouth, saying that the diss was really all about censorship, though he misspelled it "sensor."

"Tribe is trying to sensor (sic) my arguments . The headline of Tribe’s article says it all: “Trump’s lawyer shouldn’t be allowed to use bogus arguments on impeachment," he tweeted.

Tribe is trying to sensor my arguments . The headline of Tribe’s article says it all: “Trump’s lawyer shouldn’t be… https://t.co/Lll0EMNedC
— Alan Dershowitz (@Alan Dershowitz)1579549598.0

Tribe shot back, noting the misspelling and alleged that the more Dershowitz talks the worse off he and his client looks.

Tribe has spent the better part of the day pointing out the ridiculousness of Trump's legal team's claims and their attempts to justify a desperate defense.

You mean misquote from it? I’ve read it. You distorted it beyond all recognition on @ThisWeekABC https://t.co/tBjfGFvpwS
— Laurence Tribe (@Laurence Tribe)1579560638.0