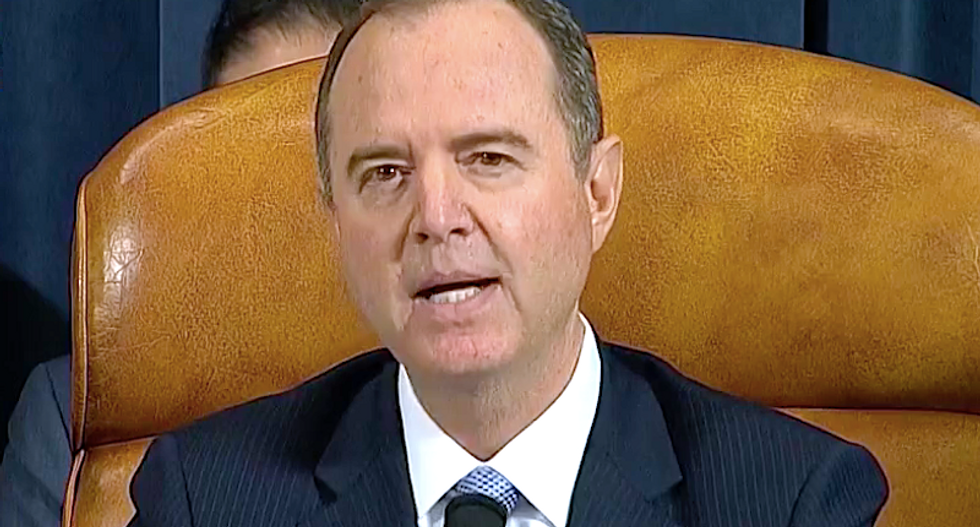 The Trump White House's latest defense of the president ahead of his impending impeachment trial has been widely panned, and has even sparked speculation that Trump himself had a hand in writing it due to its low-grade legal analysis.

A legal brief filed by President Donald Trump's lawyers late last week called impeachment proceedings "constitutionally invalid," even though impeachment is literally a part of the Constitution, and also accused Democrats of engaging in a "brazen and unlawful attempt to overturn the results of the 2016 election," even though Vice President Mike Pence would take over in the event that Trump was removed by the Senate.

The House of Representatives' impeachment managers on Monday issued a scathing rebuttal in which it tore apart the Trump legal team's claim that no president can ever be removed for abuse of power.

"President Trump maintains that the Senate cannot remove him even if the House proves every claim in the Articles of impeachment," the rebuttal states. "That is a chilling assertion. It is also dead wrong. The Framers deliberately drafted a Constitution that allows the Senate to remove Presidents who, like President Trump, abuse their power to cheat in elections, betray our national security, and ignore checks and balances."

The filing then explains why abuse of power must be considered an impeachable offense for any president.

"When the Framers wrote the Impeachment Clause, they aimed it squarely at abuse of office for personal gain, betrayal of the national interest through foreign entanglements, and corruption of elections," they write. "President Trump has engaged in the trifecta of constitutional misconduct warranting removal. He is the Framers’ worst nightmare come to life."