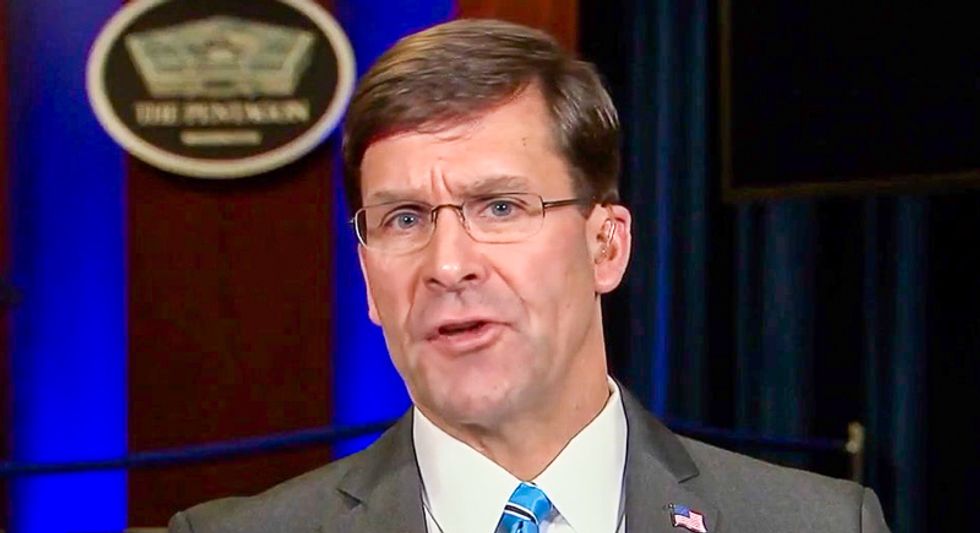 The Defense Secretary's chief of staff is leaving the Pentagon.

Eric Chewning, chief of staff to Defense Secretary Mark Esper, will step down at the end of the month, the latest in a series of high-profile civilians to leave the department, reported Politico.

He will be replaced by Jen Stewart, the top Republican staffer on the House Armed Services Committee, according to the Pentagon.

Stewart previously served as a top adviser to the chairman of the Joint Chiefs.

Chewning, a former Army intelligence officer and combat veteran, joined the Pentagon in 2017 and was later promoted to chief of staff by then-Defense Secretary Pat Shanahan.

His departure had been planned before President Donald Trump escalated tensions with Iran by ordering the assassination of Qassim Suleimani, and Chewning will reportedly return to the private sector.