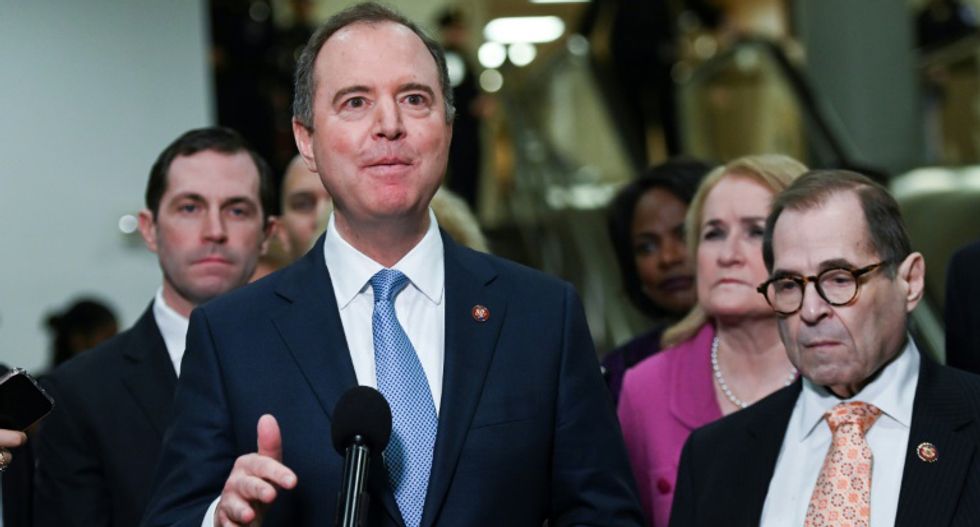 Democratic prosecutors on Friday wrapped up three days of arguments for seeking Donald Trump's removal from office, as the US president's lawyers prepared to take their turn presenting his defense in the Senate's historic impeachment trial.

For a final eight-hour stretch, the 100 senators listened as Democrats argued that Trump abused the power of the presidency in pressuring Ukraine to launch investigations that would help him politically and then sought to block efforts by Congress to investigate.

Democrats said they had met the burden of proof as they warned Republicans that Trump would remain a grave danger to the nation if left in office.

"I ask you, I implore you," he added, addressing Republicans who hold the power to allow witnesses to testify next week, against Trump's wishes.

"Give America a fair trial," Schiff said. "She's worth it."

Trump's team of lawyers take the floor to offer his defense beginning at 10:00 am (1500 GMT) Saturday, a timeslot which Trump, a former reality TV star, referred to in a tweet as "Death Valley in T.V."

His side's arguments will continue Monday and Tuesday, before the chamber turns to questioning and then votes on whether to hear from witnesses, something Democrats have sought from the start.

"It's going to be much more concise, it's going to be easier to understand, and not swamped with the same information over and over again," Republican Senator Mike Braun told Fox News of Trump's upcoming defense.

Democrats argued on the floor that Trump's refusal to allow top officials to testify and to supply subpoenaed documents to the Ukraine investigation supported the second charge against him, obstruction of Congress.

Trump blocked the executive branch from responding to 71 specific requests for documents, including five subpoenas, related to his pressure on Kiev to help his 2020 reelection effort, Democratic impeachment manager Val Deming told senators.

Trump also prevented 12 current and former administration officials, most of them subpoenaed, from testifying to the investigation, she said.

She said Congress could not afford to allow Trump to reject its powers in such a wholesale manner.

"Executive power without any sort of restraint, without oversight, and without any checks and balances, is absolute power," she told the Senate hearing.

"And we know what has been said about absolute power. Absolute power corrupts, absolutely."

Schiff had argued a day earlier that Trump's Ukraine scheme demonstrated the president was a threat to national security, and that "if you find him guilty, you must find that he should be removed."

"Because right matters," Schiff said. "And truth matters. Otherwise we are lost."

"The Radical Left, Do Nothing Democrats have gone crazy," he tweeted, ramping up his rhetoric.

"They know it's a con, but just can't sell it! Public strongly against Impeachment."

Closure of the Democrats' opening arguments paves the way for Trump's team to urge acquittal in only the third ever impeachment trial of a US president.

Trump's clearance is virtually assured: Senate Republicans hold a 53-47 majority, and a vote by 67 senators, a two-thirds supermajority, is required for conviction and removal.

Democrats were hoping however to woo some Republicans to embrace their arguments that the Senate should subpoena four of the witnesses Demings referred to, current and former White House officials with direct knowledge of Trump's Ukraine machinations.

There were hints that at least two or three Republicans were considering supporting the subpoenas, though none had committed.

But without four crossovers, analysts were predicting that Senate Majority Leader Mitch McConnell, a key Trump defender, would be able to bring the trial to a vote on the charges by late next week, and see Trump soon exculpated on a party-line vote.

If Democrats do gain support for subpoenas, Republican leaders threatened to demand their own witnesses and call Democratic presidential hopeful Joe Biden and his son Hunter to testify, because their connections to Ukraine had been at the heart of Trump's scheme to tarnish his election rivals.

Trump and McConnell also suggested the president would claim executive privilege to reject the subpoenas, which would lead to multiple court challenges and ensure that the trial could go on for weeks more.

Neither party relishes that thought as the battle ahead of November elections intensifies.

The prosecution showed senators scores of videos, internal documents and extensive witness testimony to lay out their case that Trump abused his powers.

Before a national television audience, the prosecution detailed how Trump flagrantly undertook last year to force Kiev to help him tarnish Biden.

Trump defense lawyer Jay Sekulow said they would open their reply by putting on an "affirmative case" that would "rebut and refute" the Democrats' arguments.

Republican Senator Jim Inhofe dismissed all the testimony so far as "hearsay".

"These are not impeachable offenses," he said. "They just want to get rid of this guy. They hate Trump." 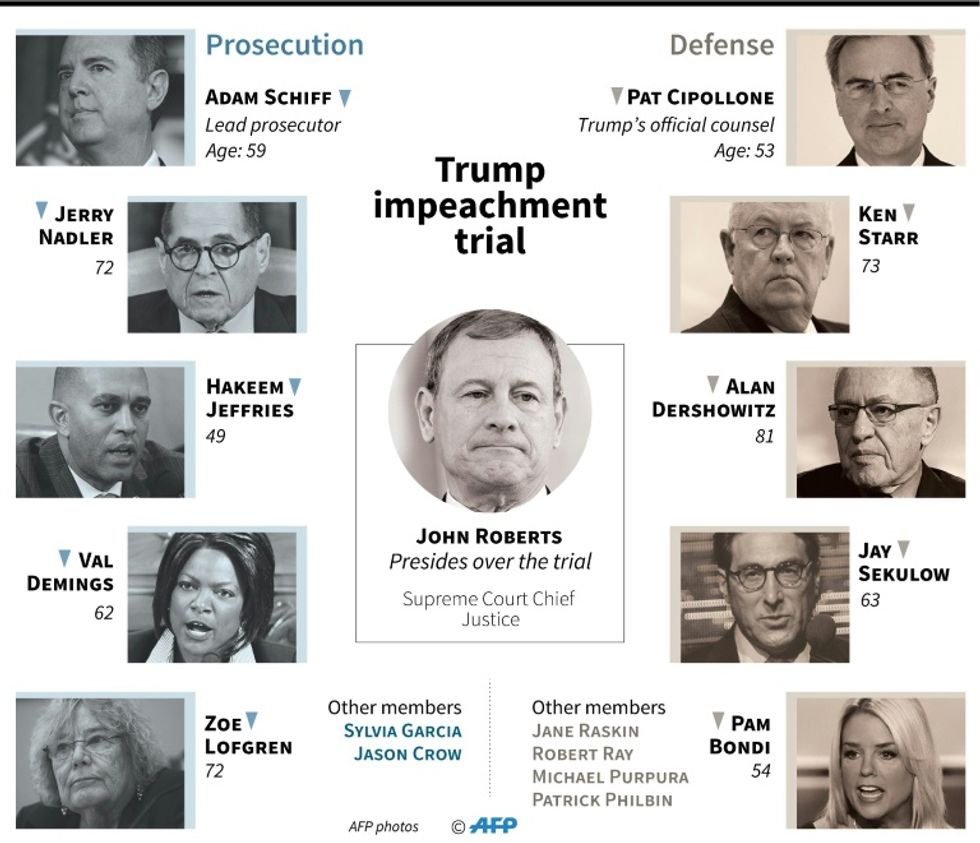