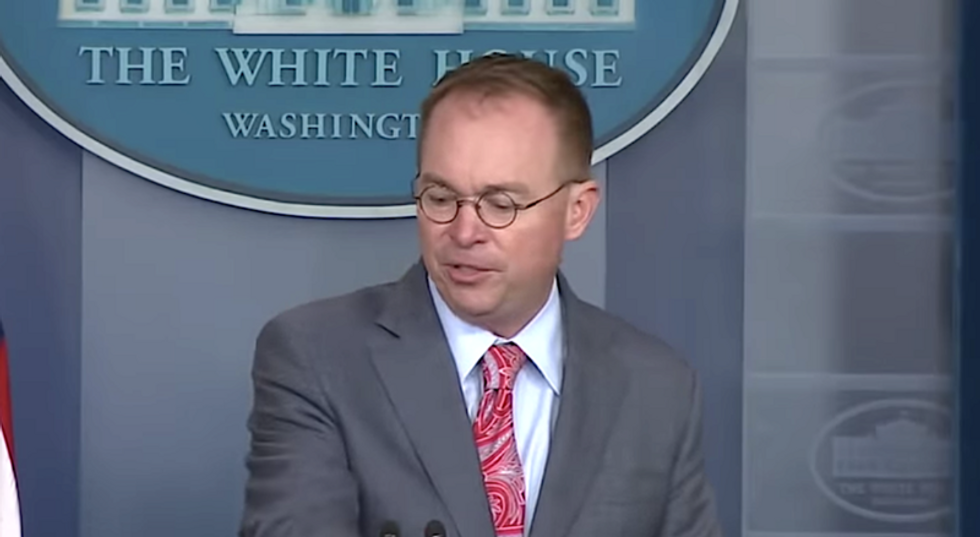 Democrats want Mick Mulvaney to testify at President Trump's impeachment trial. While John Bolton remains one of their primary targets, some Democrats think "all roads run through [Mulvaney], who still technically runs the Office of Management and Budget," POLITICO reports.

“Mulvaney is most important. All of the testimony seems clear that this entire thing’s run through Mulvaney and Mulvaney's the one talking to Trump on a regular basis,” Sen. Chris Murphy (D-Conn.) told reporters on Thursday, adding that he expects Mulvaney to claim executive privilege.

In October, Mulvaney gave a press conference where he seemingly undercut many of Trump's defenses regarding his alleged pressuring of Ukraine to investigate his political rivals, which is the core basis of his impeachment trial. During the press conference, Mulvaney appeared to confirm Democrats' allegations that Trump utilized a quid pro quo during his call with the Ukrainian president. He later walked back his comments.