'Do you paint houses, too?' Nancy Pelosi suggests Trump is a mobster with line from The Irishman 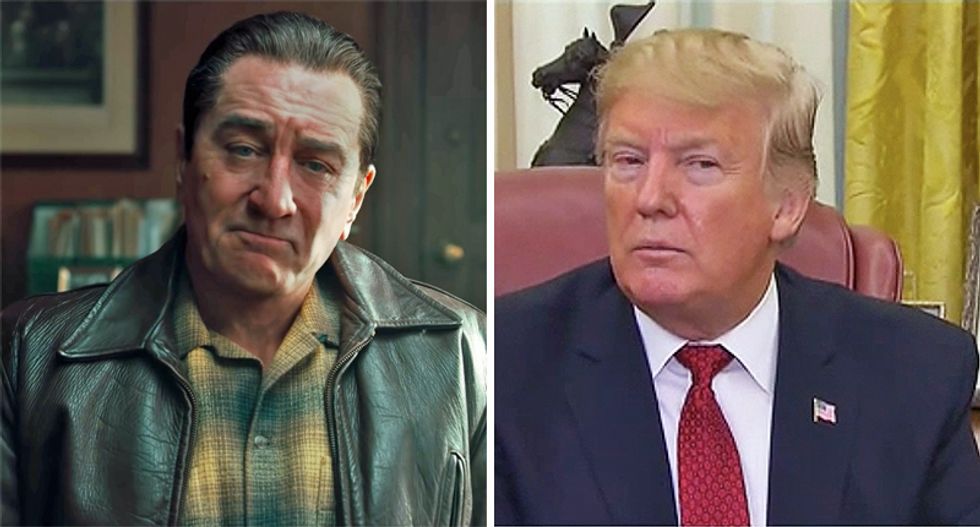 Speaker Nancy Pelosi raised eyebrows on Wednesday during a speech on the floor of the House of Representatives as she sent two articles of impeachment to the U.S. Senate.

"The president of the United States, in using appropriated funds enacted in a bipartisan way by this Congress, funds that were meant to help the Ukraine fight the Russians -- the president considered that his private ATM machine, I guess," Pelosi said. "And said he could say to the president [of Ukraine], he could make -- 'do me a favor.'"

Two generations ago, "The Godfather" popularized the mafia slang, "I'll make him an offer he can't refuse."

In the movie, Robert De Niro's character describes painting houses as slang for murder, with the paint referring to blood splattered on the walls when the victim was shot at close range.

The film is based on the 2004 Charles Brant book titled, I Heard You Paint Houses: Frank "The Irishman" Sheeran and Closing the Case on Jimmy Hoffa.