Elijah Cummings' widow reveals to The View that Trump's 'minions' bombarded family with death threats: 'It undermined his health' 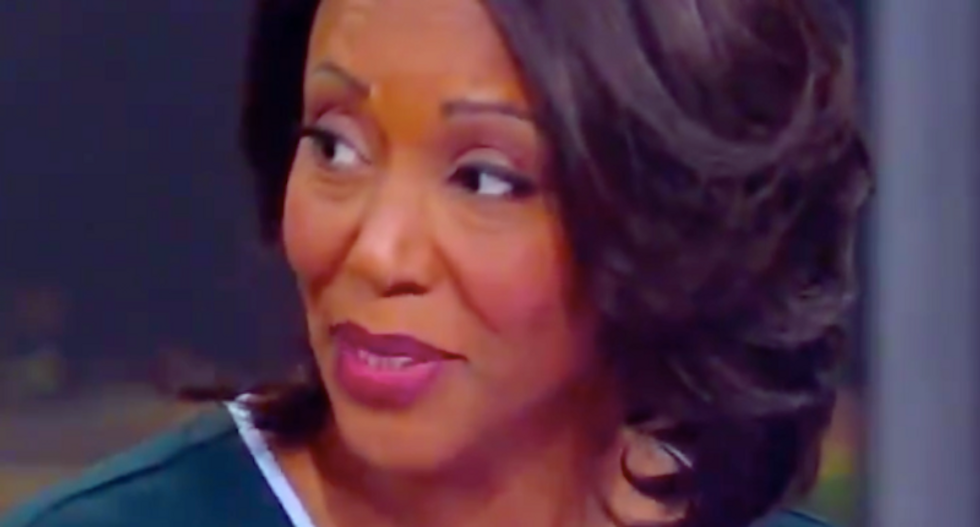 The widow of Rep. Elijah Cummings revealed to "The View" that President Donald Trump's attacks motivated his supporters to bombard their family with death threats.

Maya Rockeymoore Cummings, who's running for her late husband's seat in Maryland, said she hoped to build on his legacy as a champion of civil rights and fight back against Republican attempts to limit access to voting.

"We felt like this was our zero moment as a nation, that we have to make sure that we're all on the battlefield fighting for our future, and so while it does not look good in terms of President Trump and the Republicans," she said. "What they're doing to try to take us back 100 years in this country, the fact of the matter is that people are rising up all across the country. They are saying that we will not be oppressed, you will not take our democracy away from us. We have hordes of women who are running to take office, we have young people who are standing up and speaking out."

The president resented Cummings from the beginning, and he often hurled attacks at the Maryland Democrat and his home city of Baltimore.

"It hurt him deeply," Cummings said. "Absolutely, and it hurt him at his worst moment. Elijah was already battling health issues, so to have the president come out and do this at that time, you know, it really depressed him and it stressed him, and I think it undermined his health."

Co-host Meghan McCain, whose father died in 2018 after enduring attacks from Trump, was appalled.

"It was our reality," Cummings said. "Absolutely, and all of his minions out there -- nasty tweets, death threats, you name it, we were going through it."