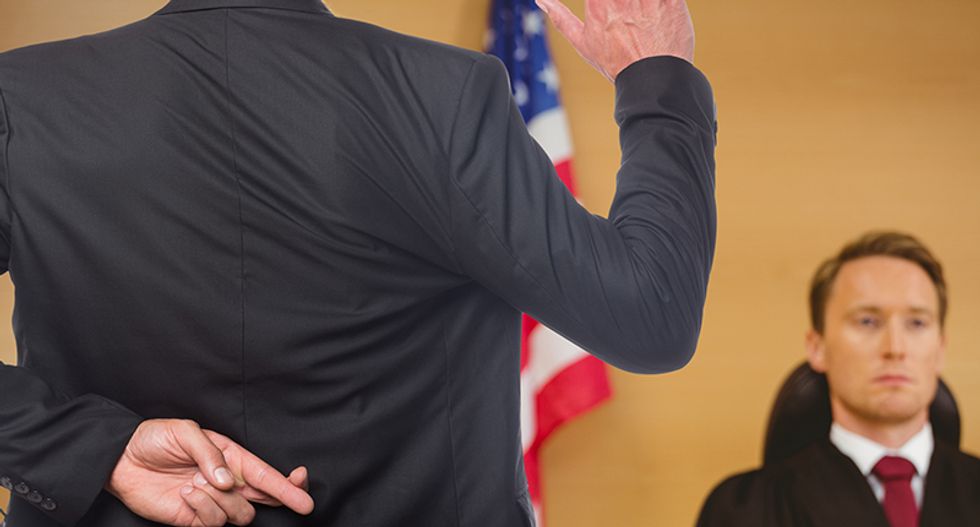 Republican members of the U.S. Senate have already indicated how they will vote in President Donald Trump's impeachment trial, even though new compelling evidence is continuing to be presented. Senators are supposed to take an oath pledging that they will be impartial and hear all of the evidence before they rule. So, most of them will violate that oath merely by taking it.

According to a report from the Washington Post, there's little that can be done.

"I solemnly swear that in all things appertaining to the trial of the impeaching of President Donald John Trump, now pending, I will do impartial justice according to the Constitution and laws. So help me God," the oath mandates. Senators aren't required to hold their hand over the Bible, though doing so might be the only deterrent to breaching the oath, albeit a moral one.

"Nothing in the rules the Senate agreed to in the 1980s says the chief justice or anyone else can punish senators for not being impartial," said the Post. "They are not held to a gag rule like some jurors in high-profile criminal trials. They can go on cable news in between and offer their opinions. They can step out of the Senate Chamber and tell reporters what they think of the evidence."

George Mason law professor Ilya Somin was even more cynical in her assessment.

“The kind of people who are too principled to behave this way rarely become powerful politicians in the first place. Or if they do, they may not stay there very long,” she told the Post.