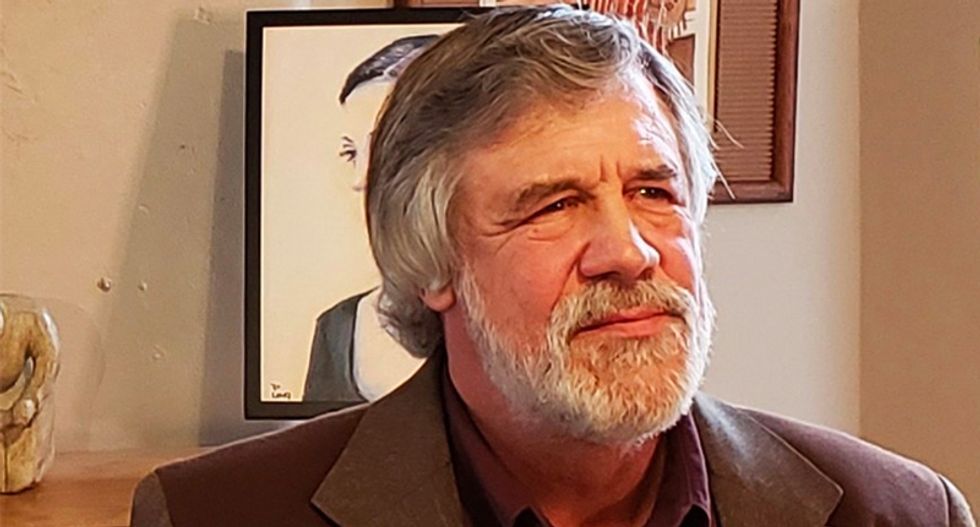 Appearing on CNN on Friday afternoon, a former GOP county chair who operates a soybean farm in Ohio took some shots at Donald Trump after he told Iowa rally attendees that their farms would go to hell if he is not re-elected in November this year.

"They don’t care about the farmers," the president told the crowd in Des Moines. "You should love Trump, with what I've done. We're going to win the great state of Iowa, and it's going to be a historic landslide, and, if we don't win, your farms are going to hell, I can tell you right now. 'Sell, sell,' they'll be saying. 'Sell!'"

Speaking with host Anderson Cooper, Chris Gibbs who is also considering a run against Rep. Jim Jordan (R-OH) as an independent, all but rolled his eyes at the president's comments.

Asked about the president's remarks, Gibbs said, 'Well that is certainly typical hyperbole by the president from one of these rallies."

"I'm sure I can take care of my farm and so can other farmers," he continued. "Trust me, we're not going to hell just because the election changes."

Asked about the frightening increase in farm bankruptcies, and the president's claim that farmers will "need more land," Gibbs slapped aside the notion.

"I guess the first thing is the president says we can go get more land and I'm not sure where that land is coming from," he replied. "All the land in the United States that is arable we're already using, we don't go down the used land-lot and pick up a slightly used 80 acres and bring that home."

"On the China deal, prices have been down ever since the deal was signed," he continued. "But I do want to be fair. If it truly is as good as written, it will be great for agriculture. But I'm kind of like the show me state, I want to see the beans on the boat first."

Gibbs also noted, "Right now, we're just not getting the trade flows out of China,” before adding, "We need results, not insults.”