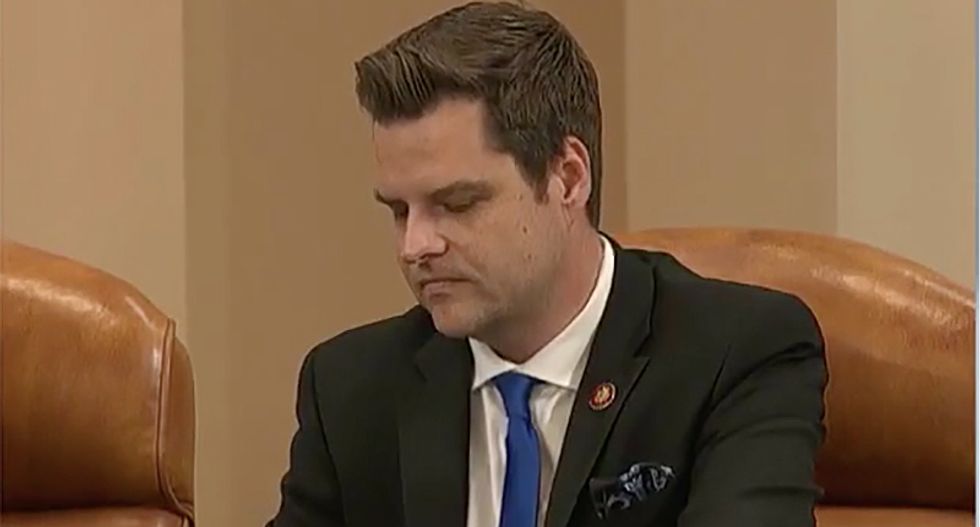 Rep. Matt Gaetz (R-FL) admitted that President Donald Trump's team of lawyers weren't quite the legal eagles that he thinks they might be, said Politico reporter Andrew Desiderio.

Questioned about his take on the way the case is unfolding in the Senate, Gaetz said that the House presented it like it was going to be on "cable news." For many that may be an insult, but it appears to Gaetz that was a compliment.

Desiderio said that Gaetz then lamented that the White House presented their case more like “an 8th-grade book report.”

“Actually, no, I take that back,” he stopped, noting that an 8th grader would have the wherewithal to use visual aids like PowerPoint and iPads.