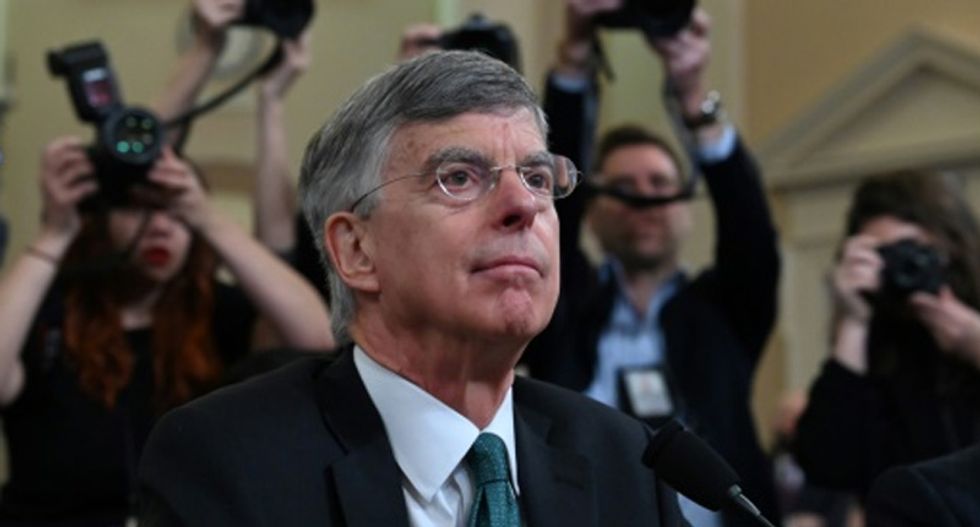 In an op-ed for The New York Times this Sunday, the former top US diplomat in Ukraine said that the Ukraine is vital to America's security interests, despite Secretary of State Mike Pompeo's suggestion to an NPR reporter that Americans shouldn't care about questions surrounding President Trump's alleged pressure campaign against the country.

"Ukraine is defending itself and the West against Russian attack. If Ukraine succeeds, we succeed," writes former US ambassador to Ukraine, William B. Taylor. "The relationship between the United States and Ukraine is key to our national security, and Americans should care about Ukraine."

"Russia is fighting a hybrid war against Ukraine, Europe and the United States," Taylor continues. "This war has many components: armed military aggression, energy supply, cyber attacks, disinformation and election interference. On each of these battlegrounds, Ukraine is the front line."

In November, Taylor testified before the House about President Trump's alleged attempts to pressure Ukraine's government to investigate his political rivals in exchange for military aid. According to Taylor, "Ukraine is the front line" when it comes to Russian aggression.

"The United States and our allies support Ukraine in this war by providing the Ukrainian armed forces with weapons, training and support. American security assistance to Ukraine regularly receives broad, bipartisan support in Congress; the importance of that assistance to Ukraine -- and to U.S. national security -- is not at issue," he wrote.

Read Taylor full op-ed over at The New York Times.