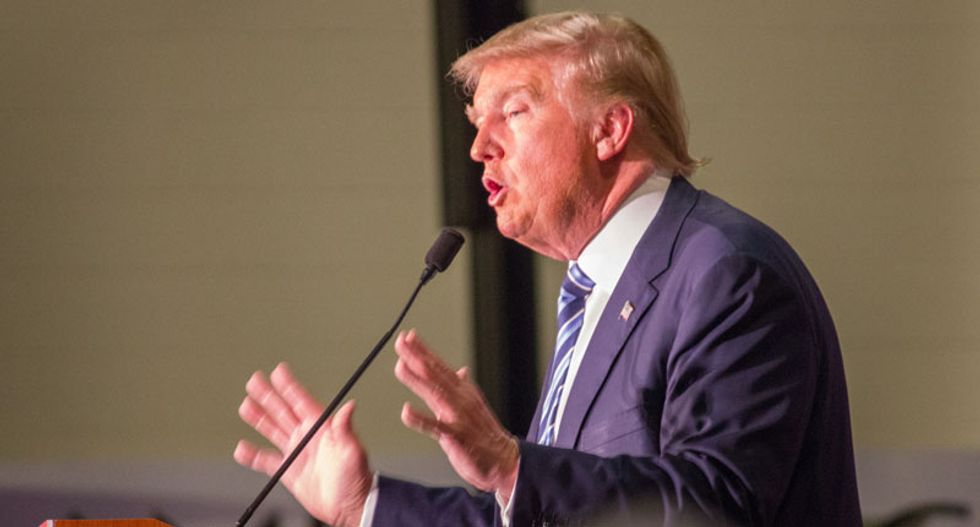 President Donald Trump's policies have wrecked Iowa's economy -- according to the former CEO of AT&T Broadband.

Leo Hindery Jr., currently co-chair of the Task Force on Job Creation and a member of the Council on Foreign Relations, laid out a damning indictment of Trump's economic policies in a column published The Gazette, the second-largest newspaper in the state.

"The dirty secret of the economy under Trump is that while major corporations have had reasons to celebrate, rural communities in the heartlands have gotten stiffed," Hindery wrote.

"Case in point: Iowa," he added. "Research shows that in the state the bulk of the economy’s benefits are being enjoyed by the richest one percent of Iowans, and much less so by the state’s small businesses and farmers who are fighting for scraps."

The Republican tax cuts were merely handouts to the wealthy, Hindery wrote, and he urged Democrats campaigning and debating in the state to call them out as that.

"A recent analysis conducted by the Iowa Policy Project found that the wealthiest Iowans have benefitted most from the Trump administration’s Tax Cuts and Jobs Act," Hindery wrote. "These findings indicate that the richest one percent – those Iowans with an average income of more than $1 million per year – captured 24 percent of all tax cut gains. The poorest 20 percent of Iowans – those making less than $13,700 per year – saw only about one percent of the total."

The tax cuts have failed to help smaller farm and small business owners, as well, he argued.

"Even Trump’s $16 billion emergency aid package for farmers who’ve been hung out to dry by the misguided trade war with China has proven to be just another goody bag for the wealthy," Hindery wrote. "According to analysis by the Environmental Working Group (EWG), most of the $8.4 billion given out as a part of the aid package has gone to wealthy farmers. The top one percent of recipients received on average roughly $183,000 while the bottom 80 percent of farmers received less than $5,000."

"This pattern could not be starker," he added. "The President and his supporters in Congress continually promise a lifeboat to those struggling to stay afloat but then they barely throw them a line."