Fox & Friends hosts fume over Bolton revelations: ‘I didn’t want witnesses, I wanted this thing to be over!’ 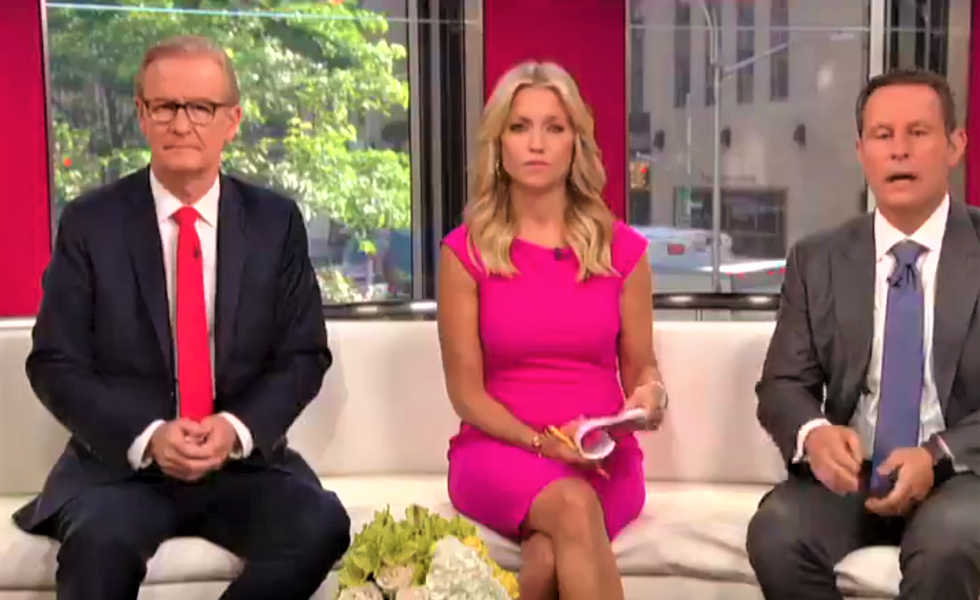 The hosts of "Fox & Friends" on Tuesday bitterly complained that former national security adviser John Bolton had prolonged President Donald Trump's impeachment trial in the Senate -- and suggested it was all because he was "trying to sell a book."

At the start of the segment, co-host Brian Kilmeade admitted that leaked revelations about Bolton's upcoming book had changed the game and that it was impossible to imagine the president being acquitted without any witnesses being called.

"I don't see how you avoid bringing Bolton in now," he conceded.

Co-host Steve Doocy then pivoted to talking about attacks on Bolton being made by Republican officials.

First he quoted Sen. James Inhofe (R-OK), who suggested Bolton might be bitter because Trump fired him, and then started peddling smears from unnamed White House officials.

"And we heard from other people, closely tied to the White House, who said, look, John Bolton is simply trying to sell a book," Doocy said.

"I didn't want witnesses, I wanted this thing to be over!" complained co-host Ainsley Earhardt, who then acknowledged that the Senate now has no choice but to hear from Bolton.

Later in the segment, Kilmeade complained that Bolton didn't wait until Trump was out of office before writing a book that revealed he abused his office by trying to extort a foreign country into investigating his political rivals.