Fox & Friends panics over Bolton bombshells: 'Devastating' because impeachment trial was 'on the fast track to closing out' 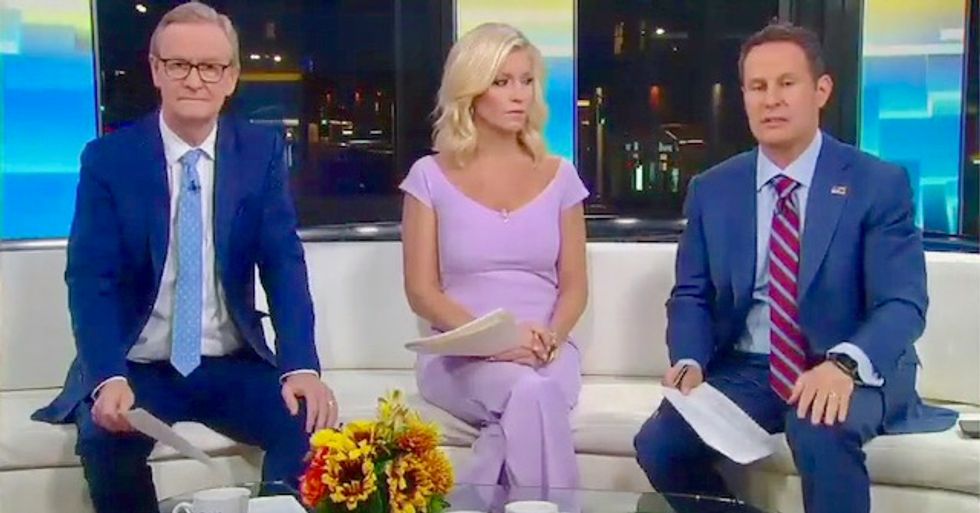 Co-host Brian Kilmeade told viewers that excerpts from the former national security adviser's book could force Republicans to hear additional witness testimony, and he fears the Trump administration was at war with itself.

"If John Bolton's lawyers are telling the truth here, and they just submitted (the transcript) in and it's leaked out," Kilmeade said, "if that is indeed the case, more evidence that people within the administration are against the administration."

Bolton revealed in the forthcoming book that Trump told his former national security adviser that Ukraine aid was tied to an investigation of Joe Biden and his son, and Kilmeade admitted that could complicate the Senate trial.

"Devastating timing," he said, "because this thing was on the fast track to closing out without witnesses on Friday. Only Mitt Romney pretty much saying 'I want to see witnesses,' everyone else saying 'I've heard enough,' and now this giving fuel to the Sen. (Chuck) Schumers of the world, the Adam Schiffs of the world saying 'I want a witness,' and he wants to testify."