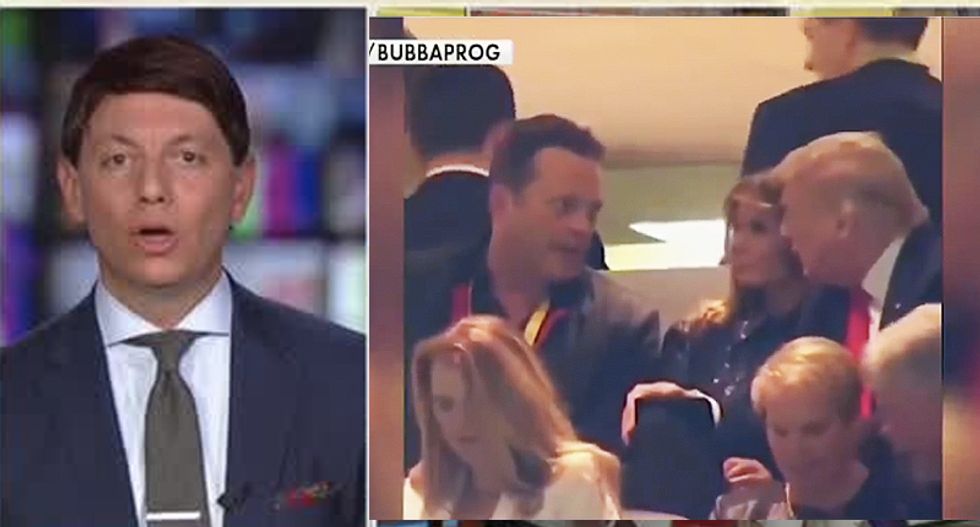 It all began with a conspiracy theory Tuesday that liberals were trying to "get Vince Vaughn canceled." Conservatives raged about "cancel culture," which advocates punishing those they disagree with by getting them fired or their shows canceled.

The problem, however, is that the so-called "liberal" who Gidley and Fox are using as an example of the attack on Vaughn was a conservative Washington Examiner reporter, who was joking. To make matters worse, Vaugh's latest appearance in a television show was "F is for Family." He hasn't been on the show since 2018.

As Vox reporter Aaron Rupar pointed out, the network was so desperate to gin up outrage they didn't seem to account for sarcasm in tweets.

Doocy: "Unless America talks to the other side and we can talk to each other, they might as well just split the cou… https://t.co/3FDioAvqwg
— Bobby Lewis (@Bobby Lewis)1579003015.0

"Fox News is so dense they don’t realize the one tweet they keep using to smear the hysterical libs was posted sarcastically by a Washington Examiner staffer. Beyond parody," tweeted Rupar.

Fox News is so dense they don’t realize the one tweet they keep using to smear the hysterical libs was posted sarca… https://t.co/lEyFGImsI7
— Aaron Rupar (@Aaron Rupar)1579032684.0

You can see other responses in the tweets below:

@atrupar Beyond parody! And how does the left own cancel culture? I seem to recall right wingers calling for a boyc… https://t.co/XLJEjgmQel
— Lenabenas (@Lenabenas)1579033073.0

@atrupar What do you expect them to do, hold their cursor over the guy's name and read the bio that pops up without… https://t.co/cQRAanr9Nq
— Jared Lipof (@Jared Lipof)1579032856.0