GOP rep. steps out of line on Iran: Trump has 'done a lot of damage' to the US 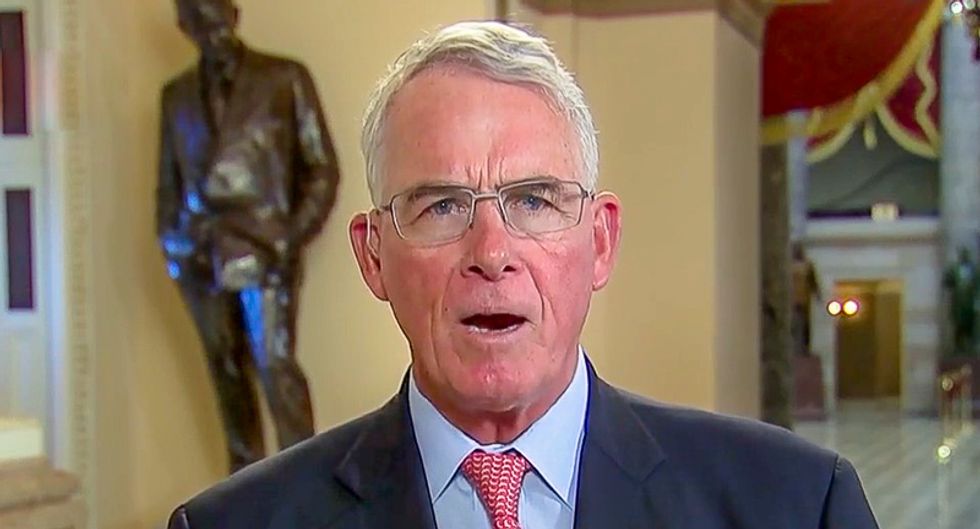 Republican Rep. Francis Rooney of Florida on Wednesday said that the Trump administration was responsible for "a lot of damage" to U.S. credibility after President Donald Trump kicked off a conflict with Iran by killing a top general.

Rooney made the remarks during an interview with MSNBC's Katy Tur.

"I think the American public should continue to be very skeptical of what are we trying to accomplish in the Middle East and what can we," Rooney said. "This attack possibly will jeopardize two trends that have been trending well for the United States. One, is the growing asymmetry the goals and aspirations of the people of Iran vs. the oppressive Mullahs regime."

"I worry now that they have the great satan back to criticize, that they will become united against us," he said.

Rooney encouraged the U.S. president to "play the long game with Iran the way they play it."

Tur wondered if it would be possible to craft a nuclear deal similar to the one President Barack Obama's administration had signed.

"We're the ones that left the deal in the first place," Tur noted. "Is that a possibility?"

"I would like to see what our allies have to say about that," Rooney replied before observing that the Trump administration has "done a lot of damage in the past couple years" to U.S. credibility.

"It would be nice to have a few more beans in the bag with [NATO allies] if we're going to try and refresh the deal," he remarked. "I'm sure that Iran is going all out now that the deal is off and it would be nice to put something back in place."

Rooney acknowledged that the Iranian nuclear deal "wasn't perfect," but added: "It was probably better than nothing."