GOPer Lee says lawmakers weren't aware of multiple embassy threats until Trump blurted it at rally: 'That was news to me' 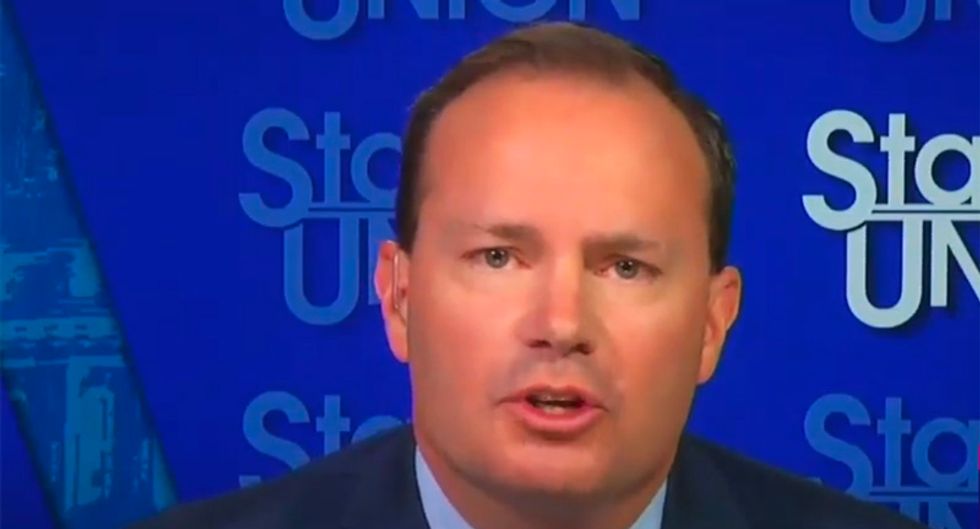 In his interview with CNN's Jake Tapper, Sen. Mike Lee (R-UT) said Donald Trump administration never gave any indication that four embassies had been targetted for terrorist attacks prior to the killing of Iranian military official Qassem Suelimani and it was "news to me" when the president made that claim during a campaign rally.

Appearing on "State of the Union," Lee was asked about the embassy claim by the CNN host.

"Did they say anything about four U.S. embassies were going to be targetted by Suelimani and his forces as Trump as said he believed on Friday?" Tapper asked.

"I didn't hear anything about that and several colleagues of mine have said the same, " Lee responded. "That was news to me. It certainly wasn't something that raised in the classified briefing."

Host Tapper pointed out that Secretary of State Mike Pompeo insisted he had told members about the embassy attacks.

"I'm not sure what he was trying to say there," Lee said after watching a clip of Pompeo. "I don't recall being told, 'look, there were four embassies,' but there was a mention of at least one embassy in that briefing because there had been an attack on one of our embassies in the days leading up to Suelimani's killing."