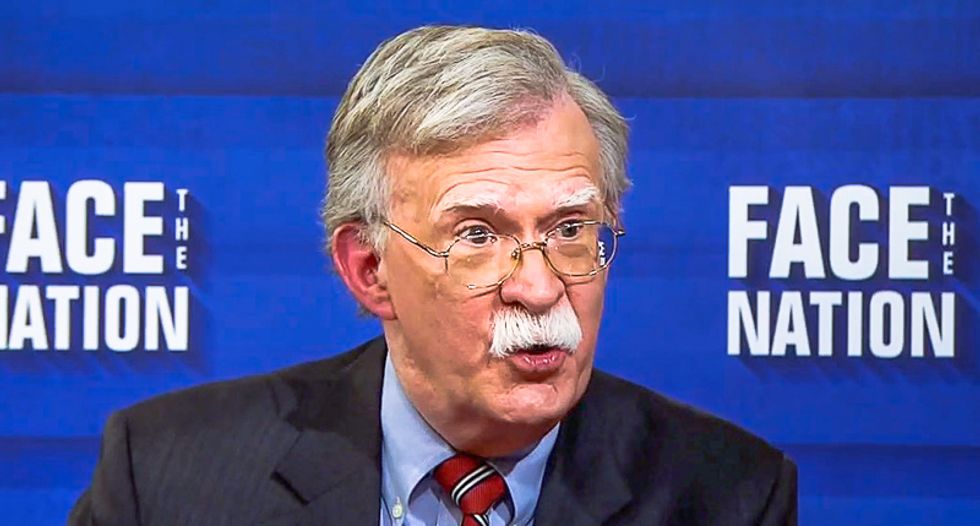 Former National Security adviser John Bolton announced on Monday that he would testify before the Senate in the trial of President Donald Trump if he is asked.

Bolton made the remarks in a statement on his website.

National security experts quickly weighed in on Twitter with explanations and ideas about why Bolton had waited until now to say he would comply with a Senate subpoena.

did John Bolton just make a big deal out of saying hed comply with a subpoena to testify from the thing that almost… https://t.co/B3zxvS5wJJ
— Asawin Suebsaeng (@Asawin Suebsaeng) 1578329621.0

@frankthorp Would love to know why Bolton did this now, today. What changed, other than the senate coming back...
— Garrett Haake (@Garrett Haake) 1578329669.0

Keep in mind: McConnell has REPEATEDLY said that he does NOT want to bring witnesses that did not testify as a part… https://t.co/PeHE3HPmHT
— Frank Thorp V (@Frank Thorp V) 1578329675.0

On the one hand saying you’d agree to a lawful subpoena should not be considered news. On the other, Bolton seems t… https://t.co/qEFcfnDDPL
— Sam Stein (@Sam Stein) 1578329717.0

Curious what others say. But Bolton's comment strikes me as meaningless. If he's subpoenaed in the Senate trial, of… https://t.co/q78rwmwzwf
— Josh Marshall (@Josh Marshall) 1578329749.0

2/ Critically, remember that the person who would sign off on such a subpoena (under current Senate rules and subje… https://t.co/cPE47RHYJd
— Josh Marshall (@Josh Marshall) 1578329836.0

John Bolton news that will put a lot of pressure on Senate Republicans to call him as a witness for the impeachment… https://t.co/PdgiV8nBpn
— Dana Bash (@Dana Bash) 1578329750.0

This could be a way for Bolton to have it both ways — appear like he's offering cooperating that he knows he'll nev… https://t.co/tGwbrEIFWS
— Chris Megerian (@Chris Megerian) 1578329758.0

Honest question: What argument does Bolton have for not testifying if the HOUSE now subpoenas him? Why would he obe… https://t.co/w6WtcC9MAs
— Aaron Blake (@Aaron Blake) 1578330410.0

Bolton could have said he'd be willing to testify at any time over the last several months. He instead waits until… https://t.co/5ZVMk6xwGP
— Garrett Haake (@Garrett Haake) 1578330428.0