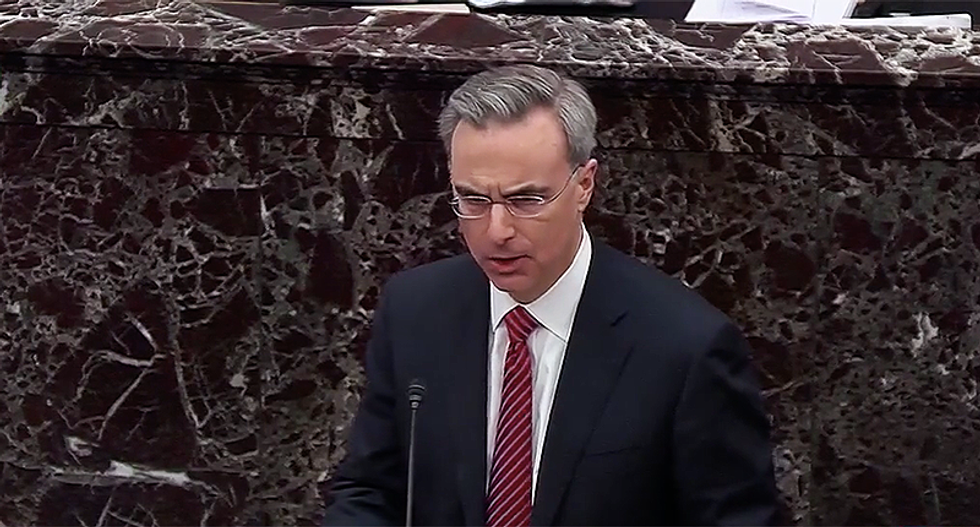 The former national security adviser revealed that Trump asked for his assistance in May to extract damaging information from Ukraine's government about Joe Biden, and Bolton wrote that White House counsel Pat Cipollone and acting chief of staff Mick Mulvaney were present in the Oval Office for that conversation, reported the New York Times.

The revelation -- which came hours after Republicans appeared to have sewn up the votes needed to bar new witness testimony -- shocked readers.

Republican Senators should think VERY seriously about whether Cipollone has been straight with them, or has instead… https://t.co/RQvUF7gAIx
— Dr. emptywheel (@Dr. emptywheel)1580491131.0

Holy crap! Where is the #Senate? Per Bolton, Cipollone and Mulvaney were in the room in May when Trump directed Bol… https://t.co/pGNbxj3ZMi
— Typical Trumpism (@Typical Trumpism)1580491088.0

The best part about this is that much of the R defense of the president rests on Ds failure to obtain testimony of… https://t.co/FGOfiHo1Rx
— Noah Rothman (@Noah Rothman)1580490700.0

“I’m shocked that it implicates Cipollone,” said no one who watched the president’s lawyers lie to the American peo… https://t.co/StRMbqtNGU
— Glenn Kirschner (@Glenn Kirschner)1580491059.0

So as a matter of professional legal ethics you can't really represent a client in a matter in which you are also a… https://t.co/aKNTrBVnug
— Asha Rangappa (@Asha Rangappa)1580491514.0

Cipollone is the White House Counsel-his client is the presidency, not the president. We pay his salary with our ta… https://t.co/kzwALFVLjt
— Joyce Alene (@Joyce Alene)1580434751.0