Impeachment should be the least of Trump worries as he faces a flood of lawsuits and federal investigations: report 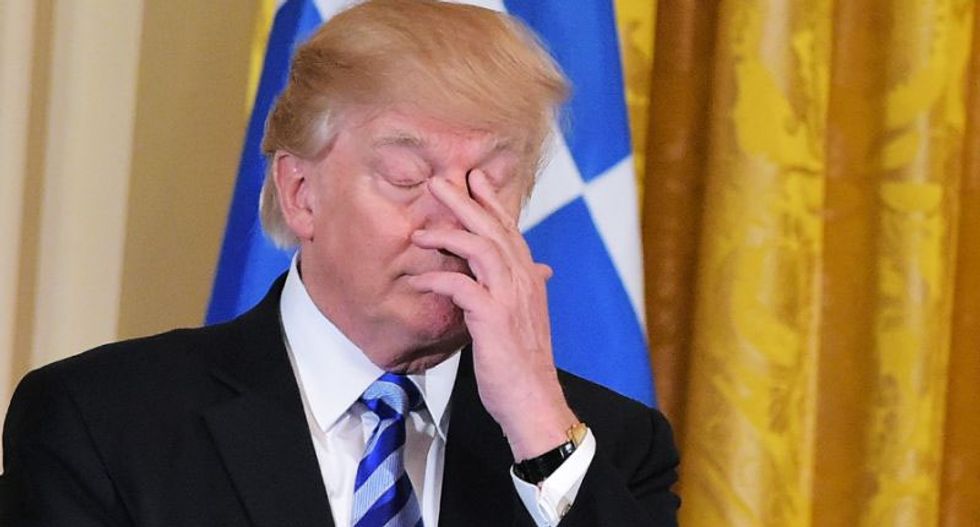 According to a report at Bloomberg, the possibility that Donald Trump will be ousted from office after the House impeached him should concern him less than the multiple federal investigations and lawsuits awaiting him in 2020.

As the Senate awaits the articles of impeachment expected to be delivered by House Speaker Nancy Pelosi, Trump and his family have a minefield of court cases facing them -- three of them to be heard by the Supreme Court.

"The impeachment trial starts as soon as next week, while the court cases are running on separate tracks. House committees are seeking his financial records, a New York prosecutor wants his income tax returns, and public officials and private watchdogs say he’s unlawfully profiting from foreign government business," the report states. "The House Judiciary Committee is suing to get the records of former Special Counsel Robert Mueller’s Russia investigation, and a court is being asked if former White House Counsel Don McGahn must testify."

Bloomberg reports, "The Supreme Court plans to hear arguments in late March or early April on two lawsuits filed by Trump seeking to block House committees’ subpoenas for his financial records. A ruling is likely by the end of June."

The president is also faced with a lawsuit from the House Ways and Means Committee filed in July demanding the Treasury Department and the IRS turn over six years of Trump’s personal income tax records to confirm that the IRS is following its practice of auditing the president annually.

What could be very concerning to the president is a lawsuit demanding secret grand jury materials from special counsel Robert Mueller’s Russia investigation.

"The Justice Department objected, citing the need for secrecy and claiming the House wasn’t engaged in a 'judicial proceeding' warranting release of the information. Chief U.S. District Judge Beryl Howell ruled for the House in October, citing a need for records for the impeachment inquiry," Bloomberg reports.

Hovering over all of that is a lawsuit filed by the House Judiciary Committee to compel former White House counsel Don McGahn to testify before congressional investigators. Bloomberg notes, "Democrats said Mueller’s report showed that McGahn witnessed multiple acts of potential obstruction of justice by the president."